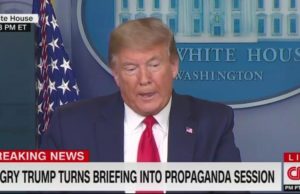 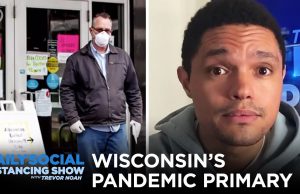 lowkell - April 8, 2020 6
by Lowell Here are a few national and Virginia news headlines, political and otherwise, for Wednesday, April 8. Pandemic Grips Britain With Johnson Still in... 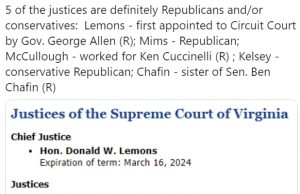 lowkell - April 7, 2020 9
With the predictable - and predicted - debacles yesterday regarding voting rights/voter suppression at the Wisconsin and U.S. Supreme Courts, both of which are... 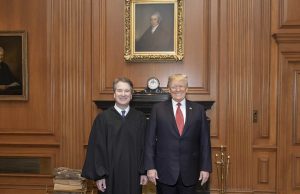 lowkell - December 6, 2018 3
by Lowell Here are a few national and Virginia news headlines, political and otherwise, for Thursday, December 6. ﻿ Saudi-funded lobbyist paid for 500 rooms at...

Wednesday News: 50 Years Ago, One of the Worst Days in...

lowkell - April 4, 2018 5
by Lowell Here are a few national and Virginia news headlines, political and otherwise, for Wednesday, April 4. Jesse Jackson: How Dr. King Lived Is...

Wednesday News: “The Age of Fire and Fury”; “Athletes Who Are...

lowkell - January 17, 2018 8
by Lowell Here are a few national and Virginia news headlines, political and otherwise, for Wednesday, January 17. Trump Is Transparent About His Health—So Why...

I am a proud union teacher The Invisible Millions vs Deficit Terrorism

Teddy Goodson - March 19, 2011 2
Not so long ago I distinctly recall hearing that President Obama's most trusted advisors, left behind at the White House while he made an overseas tour, reached the conclusion that the Democrats received a shellacking (not my word) in the mid-terms because they had wasted time and political capital on passing health care reform when what the country really wanted was an economic fix to create jobs. Therefore, the administration announced that jobs and the economy would be the focus in 2011.  Also, was not Virginia's Governor, a Republican, elected with the slogan "Bob for Jobs!"?  In fact, jobs was the theme pushed in most states in 2010, too, regardless of party.... wasn't it?

I confess, I must have dis-remembered (not my word, either). It seems that as soon as the polls closed, the cry of "jobs!" disappeared as if it had never been uttered; not even an echo remained. Within a nanosecond, deficit hysteria became The Immensely Serious Crisis which demanded immediate action in almost every statehouse, and most especially in Washington, D. C.  Even the Oval Office suddenly had amnesia, and began agreeing with the Republican victors flooding into Congress. When the new Republicans in Congress clamored for immediate budget cuts, even under Continuing Resolutions (CRs normally simply extend federal spending as-is until the new budget kicks in), the White House response was not "no, let's talk job creation," but "cuts? yes, yes, how much?"

It turns out that the one-sixth of America's workers, those who either cannot find any kind of a job or who have had to accept part-time employment when they really want to work full-time, are in the same predicament as the severely wounded warrior with PTSD (Post-Traumatic Stress Syndrome): they are ignored.  Used as an election slogan, or ostentatiously lionized for their patriotism, but then discarded once they had served the political purposes of the political class, the veterans and the permanently unemployed (sometimes actually one and the same) have become invisible. As Paul Krugman says in today's New York Times: "Washington has lost interest." Boy, was that quick---- but one has to ask Why? Why now?

Teddy Goodson - March 18, 2011 2
After ramming through his legislation denying most collective bargaining rights to public workers by using questionable maneuvers, and after approving actions in the Wisconsin Senate denying voting rights to recalcitrant (but returned) Democratic Senators, Governor Walker of Wisconsin and his Republican cronies deserted Wisconsin for a fund raiser in the District of Columbia, i.e., Washington, D.C. It appeared to be the action of a paid puppet running to his masters for a pat on the head, and bonus: "Good dog, job well done! Here's a treat for a good dog."