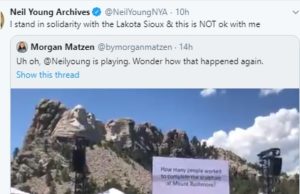 lowkell - July 4, 2020 4
by Lowell Here are a few national and Virginia news headlines, political and otherwise, for Saturday, Independence Day, July 4, 2020. This year, of course,... 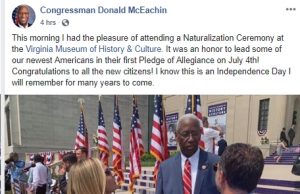 lowkell - July 4, 2019 2
See below for some photos and video of elected officials, candidates, etc. from the Fourth of July in Virginia. If you see other good...

‘We’ is an open door

WHO IS "we''? The word is used in politics without a second thought, yet the meaning of "we" is forever unresolved.

So begins a column in today's Boston Globe, by James Carroll, one whose title I have borrowed for this post.  At the end of the first paragraph of this piece, written in the context of the continuing debate over the DREAM Act, Carroll notes of that legislation

When Americans say "we," who actually is included?

Jefferson's words in the Declaration we commemorate today did not, as Carroll rightly notes, include all present - no Native Americans, slaves, women, or those whose political loyalties remained with the Crown.  And here I note that my beloved Leaves on the Current is descended from both sides of that political dispute:  one ancestor was a high ranking Revolutionary War officer while another went to Canada to maintain loyalty to England.

And yet Jefferson's words, even as they excluded many here at the time, were universal in their sweep, as you will find if you keep reading.