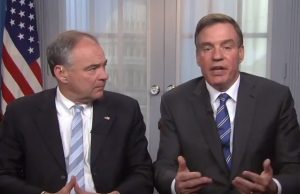 A Siegel - October 3, 2018 1
Amid increasing clarity that Brett Kavanaugh is a rabid partisan who has blatant disregard for legal obligations to tell the truth under oath, flavored in...

Scarier than Trump – The Economic Demise of Journalism

glenbesa - February 21, 2018 1
As I read VPAP VANews clips today, I was shocked to see yet more layoffs from local papers around the state-in this case, three... 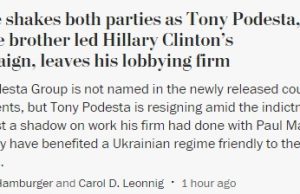 A Siegel - October 30, 2017 0
In some ways, "normal" journalistic practices and habits have been major contributors to the damage that is being done to American Democracy and helping...

A Siegel - October 6, 2017 1
by Adam Siegel The Democratic Party's nominee for Governor of Virginia, current Lt. Gov. Ralph Northam, might just have been given the greatest gift of...

Thoughts on the Media’s Fawning Response to Trump’s “Presidential” Speech to...

Andy Schmookler - March 7, 2017 1
There's been much talk about how the press fell all over itself to laud Trump for reading off a teleprompter words -- written by...

How Should the Media Cover Donald Trump?

Andy Schmookler - December 20, 2016 2
This piece will be appearing in newspapers in my conservative congressional district (VA-06) In both word and deed, Donald Trump is a most unusual political...

lowkell - October 26, 2016 0
Great answers to idiotic questions by the "journalists" at WTOP's "Ask the Governor" show. Here's a partial excerpt, bolding added by me for emphasis. I'm...

Rightward-Facing Dog: Who is Watchdog.org? If you want to know the source of the conspiracy theories floating around Terry McAuliffe's former company, GreenTech Auto, look no further than a little website named Watchdog.org and its so-called "Virginia bureau."  It sounds like some sort of muckraking investigative site -- until a closer look reveals that this is in fact a watchdog trained to only bark at Democrats and wag its tail at Republicans.

However, it's not just another volunteer-based, opinionated blog like, say, Blue Virginia.  Watchdog is funded by big corporate, conservative interests -- including the Koch brothers -- to essentially manage the opposition research for campaigns like Ken Cuccinelli's so that the campaigns can focus their time and money on other things.

They're certainly not legitimate journalists, but they've established their "bureaus" in state capitals across the country, and some state capital correspondents' associations grant them press credentials.  Unfortunately that includes our very own Virginia Capital Correspondents Association, of which Watchdog's Kenric Ward -- unlike any other blogger or lobbyist -- is allowed to be a member.

Thanks to some investigative journalism done about them, here's what we do know about the shadowy Watchdog.org:

It gets big bucks from right wing donors:  Watchdog is run by the Franklin Center for Government and Public Integrity, which itself was launched by the conservative Sam Adams Alliance.  These groups are so tied in to all the other major Tea Party power brokers and organizations that it's hard to go through all those links without pulling out a progressive version of Glenn Beck's chalkboard.