lowkell - September 15, 2017 6
by Lowell Here are a few national and Virginia news headlines, political and otherwise, for Friday, September 15. Could Trump Betray His Party on Taxes...

Thursday News: DREAMer Deal?; “The Missing Pieces of Medicare For All”;...

lowkell - September 14, 2017 3
by Lowell Here are a few national and Virginia news headlines, political and otherwise, for Thursday, September 14. ‘The generators gave up’: 8 die after... 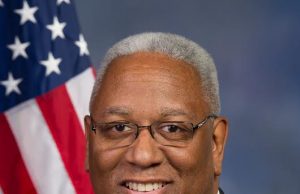 lowkell - September 5, 2017 10
I'll post reactions to this disgusting, disgraceful decision as I get them. It will be interesting to see what spineless coward Ed Gillespie has...

Tuesday News: Something “Seriously Off” About Trump; Fight Brews Over “DREAMers”;...

lowkell - September 5, 2017 8
by Lowell Here are a few national and Virginia news headlines, political and otherwise, for Tuesday, September 5. Political fight brews as Trump prepares to...

The newly formed Virginia Coalition for Immigrant Rights (VACIR) is a coalition of organizations working to advocate for comprehensive immigration reform at the federal level. This Saturday it is inviting local leaders and organizations from the Central Virginia area, including Harrisonburg, Charlottesville and Richmond, to a regional meeting in Charlottesville.

At the organizational meeting a range of immigrant advocacy issues of importance to Virginia's immigrant communities will be discussed:

Advanced registration is required. To attend the event held from 1:30 PM to 4:00 PM at the Church of the Incarnation Parish Activity Center, 1465 Incarnation Dr, Charlottesville, VA 22901, REGISTER HERE.

The Steering Committee of the Virginia Coalition for Immigrant Rights (VACIR) includes the following organizations:

VACIR is organizing advocates and activities throughout Virginia as it works towards its goals. A flyer for the event is available here.