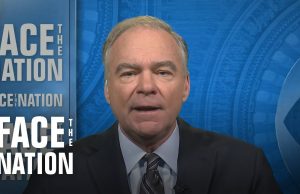 An Idea that Might Diminish the Likelihood of a Catastrophic War

Andy Schmookler - April 21, 2018 7
A significant threat to world peace -- of which, I suspect, most Americans are unaware -- is looming on the not-very-distant horizon. The following...

To Trump Supporters: Do We Dare Take So Big a Risk?

Andy Schmookler - April 18, 2017 0
Appearing in several newspapers in VA-06, this series announced itself as having no partisan agenda, no pre-conceived conclusion, but just the purpose of laying...

Andy Schmookler - April 17, 2017 1
This series will be appearing in at least two newspapers in the VA-06 region. This is the second installment of a series whose purpose is...

Andy Schmookler - April 16, 2017 2
This is the first installment of a series of three pieces that will be running shortly in one or more newspapers my area of...

Andy Schmookler - April 8, 2017 0
Putting together several of the news articles in Lowell's News Summary of this morning, what comes into focus for me is the great danger...

A pet peeve: today is not Veterans Day. There is no equivalence. This day is for those who paid the ultimate sacrifice while in the military service. Those who served have their day. You want equivalence? Today should be extended to any who died in service to our nation.

Today I ask all Virginians to take a moment and reflect on the men and women who made the ultimate sacrifice to our country and died while serving in the United States Armed Forces. As a veteran of the United States Army, I have had the privilege to serve alongside some of the very finest men and women in this country who so bravely risk their lives defending our freedom. To those who died while serving our nation, I salute you and your families on this day of remembrance. We are all eternally grateful for your service and sacrifice.

I have come to personally believe that the phrase "thank-you for your service" has become a vacuous salutation. I am suspect of most politicians who blather on about veterans. The situation in the Veterans Administration justifies that cynicism. That is another story that is hardly new but I want to focus on actual heroes (a word woefully devalued by Ronald Reagan). I do know Ralph Northam and have no doubt in his sincerity.

"Only the dead have seen the end of war." - Plato

Since the establishment of Memorial Day (as Decoration Day), we've blurred the line that defines military service for political and economic purposes. So I personally extend my remembrance to the police and fire personnel who have lost their lives in our service. And to the "contractors" whose military positions were "civilianized" so that politicians could claim reductions in force and retired military could suck at the teat of government pretending to deliver service more efficiently than the military.

"Every gun that is made, every warship launched, every rocket fired signifies in the final sense a theft from those who hunger and are not fed; those who are cold and are not clothed. This world in arms is not spending money alone. It is spending the sweat of its laborers, the genius of its scientists, the hopes of its children. This is not a way of life at all in any true sense. Under the clouds of war it is humanity hanging on a cross of iron." - Dwight David Eisenhower