frankoanderson - September 12, 2017 0
by Frank Anderson You may have heard of the Trump Voter Fraud Commission, formally known as the Presidential Advisory Commission on Election Integrity.  Established purely... 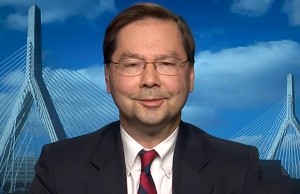 While this was written for Daily Kos, and has some DK specific language, it is more than relevant for a Virginia blog, as should become evident

in an op ed in today's Washington Post with the title Putting my father, Thurgood Marshall, on trial.  After noting that he was too young to attend his father's confirmation hearing, he descries the Kagan spectacle as a kind of rehearing and then offers this powerful paragraph:

I believe that this spectacle is partly a result of my father having lived a life of consequence as a practicing attorney and as a jurist. The rhetoric serves as a reminder that President Lyndon Johnson displayed wisdom and great courage in nominating my father to the Supreme Court. Yes, he had served as solicitor general of the United States and as a federal appellate judge who authored more than 90 opinions without a single reversal, but as notable is what he did before holding those positions.

without a single reversal -  somehow what immediately came to mind was the image of Judge Mendoza in The West Wing, the least reversed District Judge.

But note how Marshall ends that paragraph  - what his father did before holding those positions.