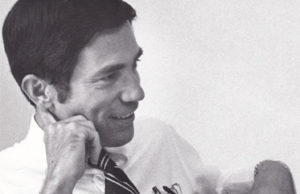 Book Review: Chuck Robb’s “In The Arena: A Memoir of Love,...

Cindy - May 9, 2021 0
by Cindy Growing up in California, and arriving to Virginia via Austin, Texas, I knew more about Lady Bird Johnson than about her son-in-law, Chuck... 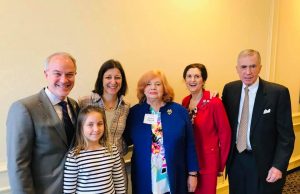 Chuck Robb: Put “Military Option” vs. Iran on the Table

With sanctions unlikely to be sufficient, a nuclear Iran strategically untenable and an Israeli strike extremely risky, we support a triple-track strategy that involves the simultaneous pursuit of diplomacy; sanctions; and visible, credible military readiness activity. This strategy is consistent with President Obama's 2009 pledge at Camp Lejeune, N.C., "to use all elements of American power to prevent Iran from developing a nuclear weapon."

We cannot afford to wait indefinitely to determine the effectiveness of diplomacy and sanctions. Sanctions can be effective only if coupled with open preparation for the military option as a last resort. Indeed, publicly playing down potential military options has weakened our leverage with Tehran, making a peaceful resolution less likely.

Instead, the administration needs to expand its approach and make clear to the Iranian regime and the American people: If diplomatic and economic pressures do not compel Iran to terminate its nuclear program, the U.S. military has the capability and is prepared to launch an effective, targeted strike on Tehran's nuclear and supporting military facilities.

I tend to agree with Senator Robb on this one, not just vis-a-vis Iran but also in general regarding international relations.  Paradoxically, the chances of a non-military (whether by us or by the Israelis) solution to problems like Iran's nuclear program is higher if there's a serious threat of military force looming on the horizon to focus everyone's minds.  Without that, what's to stop Ahmedinejad, Khamenei and Company from stringing us along until they achieve nuclear weapons capacity, at which point we won't be able to do much of anything about the situation (including a dangerous, nuclear arms race in the Middle East), except for wishing that we had taken effective action a lot sooner?