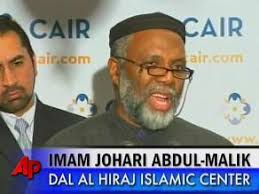 Again, this is a Christian Nation that extends grace to people of other faith’s that are not reciprocated to Christians. Just say NO to this blasphemy! Islam is the enemy of liberty, period.

I reject Muslim’s offering prayers sanctified by any branch or office of our government. The Koran is the antithesis of liberty. And because of the Christianity of our nation you Muslims have been offered a refuge here that we would NEVER be offered in your world. Please respect OUR faith and OUR heritage just as you would NEVER allow a Christian or Jew to pray in your mosque or place of government which does not offend me.