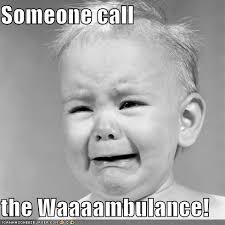 This email is being sent with the intent of informing you of troubling events that have developed over the last few weeks involving a fellow Democratic Committee (Stafford County) and what actions the Robinson campaign intends to use to remedy the situation.

It is the opinion of the Robinson campaign that the caucus process in Stafford County was “hijacked” by a small group of Krystal Ball supporters and the democratic process was circumvented with the intention of ensuring that the Krystal Ball campaign not only won a majority of delegates but left the caucus with a “slate” of supporters for Krystal Ball.

As I write this I am quite certain that while you read this you will feel this email is bourne of frustration and written with my campaigns best interests in mind.   No doubt that is true.

However, there are facts that are too egregious to ignore that point in the direction of an organized attempt by members of the Stafford County Democratic Committee (SCDC) to make the proverbial “smoky backroom deal” scenario seem all too real.

The Robinson campaign feels at the very least that the rules of the Caucus have been violated and election law could have been as well.   Because of these facts and actions of individuals who are associated with BOTH the Krystal Ball for Congress campaign and the SCDC; the Robinson campaign intends to file a formal complaint with the Chair of the Virginia 1st Congressional District Committee.

My intention is to follow this email up with all of the county chairs of the 1st Congressional District individually.   I appreciate your patience as we work our way through this process.

Those are some serious charges right there, up to and including possible illegality. The only problem, as 1st CD Democratic Party Chair Suzette Matthews points out, is that none of this is accurate. In fact, as Matthews points out, “Contrary to the second bullet of this message, local committees do not have to pay for expensive newspaper postings of caucuses.” In addition, Matthews writes, “Please note the last sentence of the following provision of the DPVA Party Plan, which permits posting of the caucus notice on web sites and press release to newspapers (we understand [1st CD City and County chairs] have no control whether the newspaper prints the notice or not).”

In short, Robinson’s complaints are completely and wholly without merit, not to mention hysterical and pathetic. The only question is how badly his super-sore loser routine will hurt him in upcoming caucuses, starting with Gloucester tonight, followed by James City this Thursday, Newport News on March 25, etc.

Meanwhile, can somebody please call a waaaaaaaaaaambulance for Scott Robinson? It looks like he badly needs one.

Virginia Redistricting Commission Debates – Emotionally, Sometimes Heatedly – To What Extent, How Exactly Race Should Be Considered in Drawing New Districts