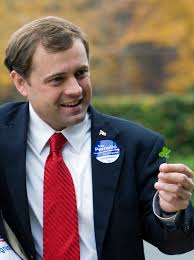 The following announcement represents great news from Rep. Tom Perriello’s campaign, which had its most successful fundraising quarter ever. Perriello, who is in his first term in Congress and facing the possibility of multiple opponents this November, entered April with nearly $1.4 million cash on hand, as well as 7,600 donors, nearly 90% of whom are “small donors.” Nice job, and go Tom!

The Perriello campaign announced today that it raised over $600,000 in the first fundraising quarter of 2010–the vast majority of it from small donors–marking their most successful fundraising quarter ever. The campaign enters April with nearly $1.4 million cash on hand, a testament to the strong support for Congressman Perriello’s record of fighting for middle-class families and a demonstration of his ability to win re-election.

With donors from all 22 localities of the 5th district, the campaign is conducting an aggressive, grassroots donor program focused on small (under $200) donations and rejecting funds from federal lobbyists and corporate PACs. The campaign attracted a record 4,694 new donors this quarter. That brings its total number of donors for the cycle to over 7,600 individuals, 88% of whom are small donors.

“We are both humbled and thrilled to see such an outpouring of support from so many small donors who are going head-to-head with powerful Washington special interests,” said Anna Scholl, finance director for the Perriello campaign. “With not a dollar of federal lobbyist money in our campaign coffer and over 7,600 donors, we are proving that a people-powered campaign can win over the big insurance companies and big energy companies that have dominated our political system for so long.”

“Working and middle-class families of Virginia know that Congressman Perriello represents them, not the special interests,” she added.

Congressman Perriello will face the winner of one of the most divisive Republican primaries in the nation and a conservative independent candidate.