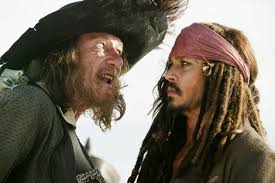 As you saw yesterday here at BV, this week president Obama officially launched (photo-op and all) the so-called deficit commission. And today, Peter Peterson hosted a “Fiscal Summit” in Washington, D.C.  One might ask, is the so-called Deficit Commission Obama’s or Pete Petersons?  It’s a fair question, first asked by Roger Hickey of OurFuture.org.  The fact is that both the “Summit” and the deficit commission are “stacked with some of the very people causing this economic crisis.” Now these folks want us to follow Peter Peterson off the cliff.  And they’ll tell us with a straight face that they just want to reduce the deficit. As Roger Hickey also notes, this comes to us from a man who pledged a billion dollars to “panic Americans to get them to slash Social Security and Medicare.”  What a great time to be a senior in America! (Sarcasm.)   Wall Street, and the pols who enabled them, hurt seniors disproportionately and now they want the government to do so too.

Multi-billionniare Peter Peterson co-founded The Blackstone Group.  For many years, he and his colleagues have infiltrated and influenced the corporate media, even and especially NPR. Is it any wonder that other voices are not being heard?  This very morning we heard more of his propaganda on what is supposed to be the people’s radio network (as if…).  A couple of weeks ago CNN re-aired the Peterson dis-infomerical, IOUSA, designed to con Americans into handing over the last piece of their financial security, now that their retirement nest eggs were devastated by the negligence and incompetence of some of these very same folks, along with many a Wall Street defrauder. Peterson, and the companies Americans for Prosperity fronts for, only intend for themselves to be prosperous.

Today Social Security eliminationists meet with an all-star cast, including Robert Rubin, Alan Greenspan, Judd Gregg and others who share the blame for the decimation of Glass Steagall and the resulting fiscal crisis.  It would be hysterical if it were not so very Milton Friedman-like. Instead of laughing them out of Washington, people are still listening to them?

(The list of commission members is below the fold.)

During the dawn of the Clinton impeachment effort, fearing he’d lose any capital he had with the electorate, Clinton backed away from his plan to privatize Social Security. Note the Social Security privateers couldn’t really use the deficit as an excuse then because the deficit was tracking downward in rapid fashion and looked to turn into a surplus by 2000. And indeed Clinton left a surplus.

So, you know it’s not really about the deficit. That is, it’s not, unless you are talking to those who just want the US to skip out on what it borrowed from the Social Security trust fund. That’s money taxpayers put in and folks like the Bush admin stole to fund, for example, an off-the-books war (based on a lie). And there is the crux of the current Peterson plot.  The Republicans spent us into oblivion.  They let the economic collapse happen and now they want to continue worsening the deed.

In 2006 Americans sent the Peterson privateer scoundrels packing. Now many of the same folks are back, thinking they can capitalize on a perfect (Milton) Friedman Storm.  And the in-the-pocket corporate media won’t tell Americans the truth.  The roster includes seven Obama picks, and this is where it gets really discouraging:

• Erskine Bowles, who previously colluded with Newt Gingrich to attempt to privatize Social Security.  Bowles got his start at Morgan Stanley and also founded an investment firm.

• Alan Simpson, a Social Security eliminationist who once attacked AARP for defending Medicare!?!

• Andy Stern, former SEIU leader, the only one of Obama’s picks to support protecting and strengthening Social security.

•Jan Schakowsky (the only one besides Andy Stern favoring strengthening Social Security).

We got two on the whole team.  This is when our side wins the White House? Make no mistake, privateers are the same thing as eliminationists because, privatization/diverting funds will ultimately cause the system supporting the already retired to collapse. Honestly, if Democrats think they had troubles with public backlash over health care, they have seen nothing yet.  Only the “Club-for-Growthers,” extreme conservatives, and low-information voters will cheer by the sidelines.  The rest of America (about 70%) will backlash on Dems.

The president’s base, and other Americans, remember his pledge to protect Social Security. His base is more dependent upon Social Security than is the GOP base, which is, on average, more affluent. And they are so now because of the abject Clintonian and Bushian excessive deregulation, the latter being far, far more responsible than the former. Recently, Clinton even expressed regret for his lesser part in the collapse. GWB doesn’t do sorry.

Obama’s campaign statements spoke only about how other revenue streams would solve Social Security’s shortfall around 2037, such as by making all earned income taxable under FICA. That one proposal of Obama’s could do most of the heavy lifting, that is, unless those who have suffered little, and gained the most in our economy, the top 1-2% are deemed more important than the other 98-99% of America.  The top 1-2% have a huge tax break (a Social Security tax break from most of their income).

Meanwhile, you will hear that this year Social Security paid out more than it took in.  This was a temporary blip due to layoffs in this ragged economy.  That will level off as those who took early retirement, through no fault of their own, will not apply later on.  So the number of future retirees will dip temporarily from previous predictions as a consequence of the earlier filers.  The system will then take in more than it spends once again.  The system can pay full benefits, (based (of course) on the formula) to everyone covered by Social Security through 2037 or 2038.  Even if nothing is done, it can pay 2/3 of the benefits. (As I’ve said before, I do not advocate doing nothing.) Clearly, well ahead of 2037, adjustments in the system could and should be made. But it’s not rocket science.  We know how to do this.  America has done this before. It doesn’t take a “deficit commission.”

That the president would buy into the Republican frame, which deceives Americans about the future of Social Security, is yet another instance when he legitimizes the lies of the other side in the name of bipartisanship.  You don’t compromise with a liar (or liars).  And the president shouldn’t. He tried to do that recently, on another subject, when he said, “some people wondered if I am a Socialist.”   Instead of outright denying that and exposing it for the lie it is, he tried to behave in a conciliatory fashion.

Perhaps the President will surprise us.  Perhaps, when all is said and done, he will hold true to his expressed principles and campaign promise. Unlike Republican Judd Gregg’s earlier proposal to give the commission independent authority, this commission is advisory.  Still, we need to work to save our fellow citizens’ financial health. Economists tell us that there may be yet another collapse.  And then even more will depend upon Social Security for their survival.

When you hear the words “shared sacrifice,” they are uttered by those who have gained everything, but lost little (or nothing) as a consequence of the plummeting economy.  They are willing to sacrifice nothing themselves. The rest of us already have.

Democrats should unite against the lobbying interests like Americans for Prosperity, and Freedom Works, who work, against health care, against social security, against the people’s interests.  Capitulating to Republicans, Blue Dogs, and the astro-turfs which love them, will sink us.  As most of you know, these astro-turfs do their work on behalf of insurance companies, Wall Street, Big Oil and other moneyed interests.  Repeal of the New Deal was not what we signed on for.

The manipulators try to enlist younger Americans by trying to persuade them that the system won’t be there for them, so older Americans don’t deserve any consideration.  This is the essence of not just a class war, but of a generational one as well.  But we are all in this together.  As we older Americans work to restore educational funding, and support public education, recreation, health care and much more for the young, the young owe us no less.  We also owe them a system which will be healthy when they retire.  We can and must work toward that.  We can begin by taking Social Security away from the so-called deficit hawks and enabling real protectors of the system to design the necessary fixes.  Because most of them plan to loot Americans’ futures, most of the so-called deficit commission should be collectively disqualified.