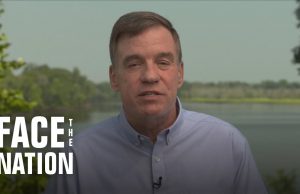 lowkell - July 28, 2019 0
On "Face the Nation" this morning, Sen. Mark Warner said we haven't done nearly enough to protect our elections from Russian and other foreign... 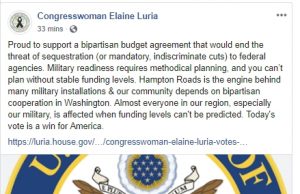 lowkell - July 25, 2019 6
Late this afternoon, the U.S. House of Representatives voted 284-149 for the bipartisan budget agreement reached by Speaker Nancy Pelosi and the Trump administration.... 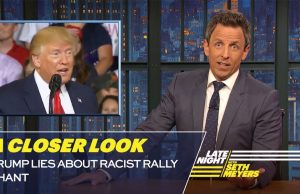 lowkell - October 18, 2018 7
by Lowell Here are a few national and Virginia news headlines, political and otherwise, for Thursday, October 18. Mitch McConnell Blames the Poor for Trump's...

Virginia Republicans Vote to Balloon the Deficit/Debt, Screw Everyone but the...

lowkell - October 26, 2017 0
As if you need any MORE reasons to vote Democratic up and down the ballot both this November and next November, check out this... Eric Cantor is back home from voting a 40th time to overturn "Obamacare," with a pit stop at Fox News where he spouted the latest right-wing talking points about how we have to cut "entitlements" to get the House to fund the government for the next fiscal year because of the "deficit crisis."  But, guess what? There IS no run-away budget deficit. In spite of the do-nothing GOP House of Representatives and the filibuster-loving Senate GOP minority, the deficit is under control. This deficit reduction wasn't done the right way, nor was it done in a way to actually improve government efficiency. Atlantic magazine this month explains just how deficit management was stumbled into, in spite of the Republican-caused gridlock in Washington.

It's time to declare victory in the deficit war and work to replace the idiotic sequester with more reasonable and sustainable budget constraints. Plus, Congress needs to raise the debt limit and pass a budget. However, Cantor and his tea-poisoned majority in the House now insist that Social Security and Medicare have to be slashed. Since neither one caused the deficit in the first place, it would be foolish to agree to whatever cockamamie scheme Cantor and company have planned to wreck the social safety net for seniors.

KathyinBlacksburg - August 28, 2012 18
Please take a look at Mark Warner being Warner in a way that is just so hurtful to Dems this year.  Says he:

I think it's going to  be very close.  I know he's got problems in SW Virginia He's doing better in Eastern and Northern Virginia.

And I'll tell you this much, I'm supporting President Obama, but I also am awful tired of all the negative ads. I wish we wouldn't be spending  2 billion dollars on tv tearing each other down. That money could be used for interstate 81 and scholarships.  Hopefully, we'll get through this election like we've gotten through all the others and get back to solving our country's problems, especially the debt and deficit.

He just cannot seem to help himself.  He can't endorse the president without trying to distance himself at the same time. He can't talk about health care reform without saying there's a lot that needs to be fixed (in the Affordable Care Act).

His effort to create out of nothing a false equivalence between the two parties regarding negative ads is appalling. The GOP lie machine spins the lies faster than we can rebut them. But Warner pretends both parties are doing it. He also implies that it's "negative" to refute a pile of lies. I call it necessary. And there is nothing wrong with that. Such a false equivalence is cowardly, shameful, and self-serving. Lying down and playing dead will not work. And putting up only "positive" ads won't work either.

Along the way, Warner panders to Bristol Motor Speedway fans, coal, enemies of "ObamaCare," and Peter Peterson's "deficit" hawkeroos. (Hawkeroos are two-faced show-offs who like to prattle away at how spending conscious they are. But they won't make the rich pay their fair share. No, sir.)

What is really disconcerting is his self-adulating self-absorption. He is posturing every minute. Warner's myth of the "radical center" is really all about such posturing and it's also about trying to reinvent as virtuous all those things he doesn't stand for, but should, like enabling the EPA to keep our air and water clean. Or helping the 99% as opposed to the wealthy who don't need more tax cuts. It is as if he's out there saying, "Look at me.  I'm better than all of you. I am especially better than President Obama." (No, you are not, Mark.)

No, Romney/Ryan, It’s Not a Deficit Problem But Rather a Masssive...

Over and over the Dynamic Duo of Tax Evasion (because they both encourage it by their policies) have separately deceived Americans concerning trickle down "economics," which is nothing more than a blatant scheme to steal from the poor and middle class.  Whatever deficit problem we have isn't really the deficit per se. It is a massive tax avoidance problem by the acolytes of and by the uber wealthy. Every single cut Paul Ryan makes with his draconian budget masks that the pols supporting this condone Robin Hood in reverse.  They steal from you, or at least 99% of you and hand it over to the already rich.

Paul Ryan and his budget are at the forefront of aiding and abetting the largest heist the US has ever seen. Between 21 and 32 Trillion are parked off-shore in a blatant tax avoidance scheme. Romney alone has (at minimum) foreign tax avoidance accounts in the Caymans, Bermuda and Switzerland. Now he has selected the twit who pretends to know economics and presumes to tell everyone what they should do on the subject of the US economy. That is laughable, but also outrageous.

In her backgrounder on Paul Ryan, Andrea Mitchell of NBC told the audience that: Paul Ryan studied economics. And (are you ready for this): He read Ann Rand.  BTW, Mitchell is the significant other of  Alan Greenspan, who learned his "economics" from a 10th rate novelist and helped steer  the economy into the ditch. My God, do they still not get that she was a fiction writer, and a crappy one at that??????