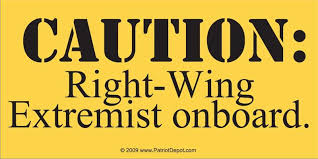 What ever happened to moderate Republicans?  That was the title of an American Prospect article in 2007. There certainly are none left in Congress.  Lately, however, radical conservative GOPhers have really found their stride doing what they do best, obstruction and destruction.  They’ve outdone their former rancid rants over any Democratic administration in the past fifty years.  They will undo, unravel, destroy, any Democrat by any means necessary.  And they will especially do so when the Democrat is the president.  You see, the unitary executive was only for Republicans. When Dems are in office, it’s take-down time.  When Repugs serve (serve being a loose term because they think voters serve them and not the other way around), watch out. Here’s just a small sampler of how bad it has become.  I’ll start with obstructions and dismantling of government as we know it.  Then I’ll list some of their more radical efforts:

• John Kyl has vowed to filibuster any nomination to the US Supreme Court (he did this, not upon hearing an specific choice, but rather almost as soon as Obama was elected).

• John McCain has vowed to do nothing and cooperate zero with anything the administration does.  Imagine, a former presidential contender (and former “maverick–having falsely claimed that as his meme, he now denies he ever was one) now acting as if there is no legitimate purpose to the presidency–or the US senate.

• The same man who “counseled” John Ensign is holding the unemployed and flood victims hostage.

There’s more below the fold…

•John Kasich got rich on Wall Street and now wants to own the Ohio governor’s mansion.

• The Surge of the corporate candidates: Meg Whitman, Carly Fiorina, or Mitt Romney (and more), act as if corporations buying some office holders with “soft money” isn’t enough.

• The US Supreme Court annihilated one-person-one vote and pretends it isn’t activist. Then the take down of centuries of precedent continues.

• Not long ago the GOPhers blocked every single hearing in the Senate. Only Jim Webb stood up to them and carried on without them.

And the above is just the beginning…

• The higher echelons of the GOP have built their entire colossal infrastructure funded by numerous right-wing nuts, whom even ultra-conservative Barry Goldwater thought too far gone.

• Dick Cheney’s out of his cave and acting as resident verbal hit squad as he whips up contempt and challenges the patriotism of Democrats and the president.

• Lynn Cheney, Phyllis Schlafly and David Horowitz create professoriate enemies’ lists.  As Sarah Robinson notes here, the latter offered not-subtle hints that professors are supposedly evil enemies of America and should be targeted. And on cue, those they try to incite dutifully threaten and intimidate professors around this nation.

• The Manipulative Machiavellian, Dick Armey, through Freedom Works, serves in his thinly-disguised role as astroturf spawner of  Tea Party chapters. (Freedom has nothing to do with it, but coddling big corporations has everything.) Along the way, there’s a little sedition sprinkled in, but Dick Armey isn’t responsible for what all those people say or do.  Wink,wink.

• Americans for Prosperity doesn’t just support Tea Parties.  It also makes sure Exxon pays no taxes.  As Lowell notes in an article today, Exxon paid zero taxes in 2009. Nicely done, AFP.  AFP is also working hard to strip you of your pensions and Social Security –all for the further enrichment corporate America. Along the way it props up seditious hate-mongering Tea Partiers.  Not all Tea Partiers are seditious or hatemongers, of course, but too many of them are.

• But worse, the GOP leadership in Congress, the Edgy Triumvirate of McConnell, Cantor and the Man-with-the-Tan Boehner have not only egged on extremist talk among Tea Partiers, they have appeared at Tea Party events, as they did Nov 9th.

• We’ve got cynical and crafty radio hosts using the very same rhetorical devices used in Nazi Germany ironically calling Democrats “Nazis” (or socialists or communists–they don’t use any of the terms correctly).  One of these hosts enacted on the air the poisoning of the Speaker of the House. They spew their venom and urge revolt.

• Sarah Palin called upon supporter to “reload” and then urged them to her FB page where bulls-eye targets were placed on the states where congresspersons she is hostile to reside.

• As a response to health care reform and other matters she doesn’t like, Michelle Bachmann urged supporters to arm themselves .

• Threats against our president have risen sharply.

• A former candidate for VP’s husband was once in a secessionist group.

• They quite literally make up the most extreme charges against Democrats (killing grandma, death panels, baby killer, communist, socialist, Nazis, etc), and have no qualms about the damage the lies do or whom they incite.

• Things are so bad that even Dan Quayle is calling for GOPhers to dial it back from the Tea Party extremists.

There is a far better list of official GOP and GOP talking head outrages, which most of you have read here.  But dialing it back is not the plan.

As Robert Parry shows, the plan, hatched back in the 1960s is to de-legitimize every Democratic president, no matter that they all won real vote counts and without “plumbers” operations.  Ironically, their most recent GOP version of a US president “won” only the electoral vote, in a contested state, governed by his brother, and handed to him by the Court headed by his Daddy’s appointee.  Yet here we are with their pretense before all the world that president Obama, with a hefty win under his belt, “isn’t legitimate.”  Remember, in their script, no Democrat ever is.  It is not that there isn’t racism underlying the Tea Parties, but there is much more as well.  Repugs were destined to control everything, so sayeth the Lord.  “All else is pretense,” they think. And so when things are so bad that numerous Dems have been threatened and intimidated, the GOP did not immediately try to dial it back, they instead stepped it up, blaming the victims for deserving their fate.  It’s the Democrats’ “fault,” for even writing to their followers about what was happening.  But a man flying a plain into IRS offices, they purported, was “just” angry at gubment.  They would not call that act what it was, domestic terrorism.  Do they actually hear themselves?

Where all this has led is illustrated by the huge expansion of private, armed militia groups threatening violence against these United States. It has led to plots such as the one uncovered last week.  It leads to threats by those who merely disagree against progressives and liberals who have been unjustifiably bullied for merely holding different views.  The Republican House Minority Leader Boehner himself gave voice to the notion that a fellow congressman might find it unsafe to return to his district after voting “yes” on the health insurance reform bill, for God’s sake. This leads to bullies flaunting their guns in public spaces, even Starbucks. (I support the right to individual gun ownership.  But purposeful intimidation is a nasty and dangerous path.)  And it leads to changing this country for the worse, forever.  This is the legacy of today’s GOP leadership.  And it is by design.  So, what to do with such calculated manipulations?

I share the concern raised by two additional authors here and here. I urge you, please read these two articles.  The first article analyzes  the decades-old effort to de-legitimize all Democratic presidents.  The second, examines the growing seditious component to the efforts by a growing strata in the extreme conservative “movement.”

The spectre of sedition has been seeded by right-wing talk shows (including those of Glenn Beck and Rush Limbaugh) and increasingly has been condoned by the Boehners, Cantors, McConnells, McCains, Bachmans, Palins, Steele’s and many others.  It is long past time for those GOP cowards, who are apparently owned by FAUX News’s and talk radio’s most rabid talkers, to find some spine and stand up to the madness.  In the latter article, Sarah Robinson says,

“They are either Americans committed to working in good faith within the democratic process to create a common future, or else they are seditionists in intention or fact–and thus enemies fo the state, plain and simple.

What this nation needs most is for some Republican patriots to emerge to rebuild a constructive, moderate (and sane) Republican Party once again.  There was a time when Republicans like George Romney (so much superior to Sonny-Boy-Mitt), Charles Percy, Edward Brooks, John Lindsay, John Danforth, Gerald Ford, Nelson Rockefeller and numerous other moderates were credible Republican candidates at various levels.  Even Olympia Snow and Susan Collins once stood for something other than capitulation to this nation’s extremist fringe. The truth is that even conservative Ronald Reagan was “liberal” contrasted to today’s pervasive wing nuts.  You cannot build “bipartisanship” with such a momentous firestorm of obstruction, destruction, and toying with sedition.  The President should not try.  He should stop the bragging about adding “Republican ideas” to legislation when he’ll never get their support, not a single vote.  Nor should he, or we, cow-tow by just shrugging and moving further to the right.  (We’ve done far too much of that already.) That will not satisfy, but only reinforce and enable the destructive force that is today’s official GOP.

As Robinson cautions, we must stop pretending this isn’t happening.  We cannot ignore it and hope it goes away.  Along with the GOP, we have allowed a small faction of extremists to take over their party and gain far too much power with far too little push back in words or deeds by us.  They rose to power by tirelessly building infrastructure, local candidates, local judgeships, fake “news” entities, fake “think tanks” and PACS.  They rose on the shoulders of Joseph McCarthy and use his devices and weapons even now.  We hung our heads when they hurled vile invective at anyone or anything “liberal.”  They have vilified liberal principles, worthy principles which more Americans than not agree with.  We even reflexively relabeled ourselves as “progressive,” as if the terms “liberal” and “progressive” are interchangeable labels (they are not)that would help.  Now they do the same thing to anything “progressive. Why should we be surprised?  It’s a fools bargain to let them define us, to embrace their frame, and to move the midpoint of American life ever “rightward.”  Pretending we are in a post-partisan world, denies reality. Every passive acquiescence colludes.  Every cave-in emboldens.  Every day we are silent, we are part of the problem.

PS: Update: Tom Coburn has apparently taken one verbal step back by telling attendees at a town hall that Nancy Pelosi is a nice person.

Powerful, disturbing, emotional testimony about what happened at the U.S. Capitol on 1/6, from Sgt. Aquilino Gonell https://bluevirginia.us/2021/07/tuesday-news-january-6-committee-opening-is-crucial-chance-to-correct-trumps-lies-vaccine-mandate-calls-fueled-by-covid-19s-latest-spike-youngkin-connected-to-firm-that-paid-disabled#comment-5471298608

"If they can't get the votes for the bipartisan infrastructure bill, they will most likely add it into the reconciliation. If it looks like it has votes, will spend a week getting it off the Senate floor, then move on to reconciliation." https://bluevirginia.us/2021/07/tuesday-news-january-6-committee-opening-is-crucial-chance-to-correct-trumps-lies-vaccine-mandate-calls-fueled-by-covid-19s-latest-spike-youngkin-connected-to-firm-that-paid-disabled#comment-5471291296 h/t @vaplan2018