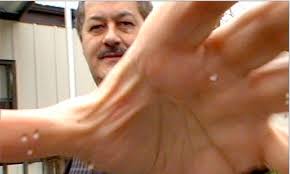 As news focuses on the mine tragedy in West Virginia, I wonder if Tazewell County is simply a tragedy waiting to happen. Last October, Massey’s operation in Tazewell County (Knox Creek Coal Corp.) was one of ten that were cited by Federal safety regulators as the worst in the nation. The U.S. Mine Safety and Health Administration gave the company 90 days to take corrective action.

In December, the Mine Safety and Health Administration filed suit to force corrective action, charging that the company was not taking proper precautions to protect miners from roof falls, a “significant and substantial” violation.

Since Attorney General Ken Cuccinelli evidently doesn’t believe in corporations like Massey having any regulation – note his fatuous “lawsuit” against EPA regulation of greenhouse gases like CO2  – I don’t expect to see him bother to attempt state-level action to pressure Knox Creek to comply.

Meanwhile, news reports get worse and worse from the Massey mining disaster at the Upper Big Branch mine in West Virginia. Some of the grieving relatives of the 25 miners confirmed killed in the mining disaster are angry because they found out their loved ones were among the dead from government officials or a company Web site, not from Massey Energy representatives.

One deceased miner’s daughter said that the family didn’t even know where her father’s body was taken. Massey has not contacted them in any way.

“They’re supposed to be a big company,” said Michelle McKinney, whose father, 62-year-old Benny R. Willingham, died in the blast. She found out from a local official at a school near the mine. Willingham, who had mined for 30 years and spent the last 17 with Massey, was just five weeks from retiring. He had made plans to take his wife on a cruise.

That mine, located about 30 miles south of Charleston WV, has a history of safety violations. It had 57 infractions last month, several for not properly ventilating highly combustible methane. In the past year, federal inspectors have fined the company more than $382,000 for repeated serious violations involving its ventilation plan and equipment at Upper Big Branch. Massey has stonewalled paying the fines.

This tragedy is just the latest deadly disaster involving CEO Don Blankenship’s company, including one in 2006 that resulted in the largest financial settlement in the history of the industry.

In 2006, two miners died in a fire at Aracoma Mine after Blankenship personally waived company policy and told mine managers to ignore rules and “run coal.” Aracoma later admitted in a plea agreement that two permanent ventilation controls had been removed in 2005 and not replaced.

It appears that one way this company attempts to do exactly what it wants, without regard to regulation, is to try to buy off politicians with campaign contributions. CEO Don Blankenship has long been a donor to politicians that he thinks will help his company avoid taking the actions it should.

Massey and Don Blankenship are a fixture in West Virginia politics, doling out thousands of dollars to candidates he favors – almost all of them Republicans. Perhaps Blankenship’s most blatant attempt to purchase his very own candidate was In 2004 when he spent millions on ads attacking an incumbent West Virginia Supreme Court justice. Partly due to Blankenship’s money, challenger Brent Benjamin won the election.

At that time, Massey had a $70 million case before the state Supreme Court. Benjamin made a controversial decision not to recuse himself because of Blankenship’s support. Another member of the court hearing the case was Chief Justice Elliott “Spike” Maynard, who only recused himself after photographs surfaced showing that he vacationed with Blankenship in Monte Carlo.

Maynard is running this year for Congress in West Virginia’s 3rd district, which is now represented by Democrat Nick Rahall. I’m sure Blankenship and Massey will take care of their “friend” Spike, who has asked Sarah Palin to come and campaign for him.

Blankenship and Massey don’t just hand out money in West Virginia, though. After all, they also have extensive interests in Virginia. Indeed, the corporation has its headquarters in Richmond.

So, last November, Massey donated $40,000 to the campaign of Republican Gov. Bob McDonnell. Lt. Gov. Bill Bolling got $11,000 and Ken Cuccinelli got $10,000. The corporation didn’t even bother offering a pittance to the Deeds campaign.

I’m sure that Massey simply loves the absurd lawsuit that Ken Cuccinelli has filed in a vain attempt to have greenhouse gases like CO2 removed from EPA regulation. So, whatever office Cuccinelli wants to run for after state attorney general is sure to draw big bucks from polluters and safety regulation scofflaws like Massey.