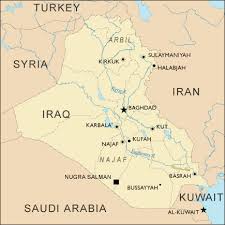 The Army Times reports here that, according to a high placed military leader, there may be no end in sight to the wars in Iraq and Afghanistan.  “No one I know thinks we’ll be out of these kinds of conflicts any time soon,” said Marine Corps General and Vice Chairman of the Joint Chiefs, James Cartwright at a forum sponsored by Center for Strategic and International Studies. These kinds of conflicts, it’s an interesting choice of words.

It makes one think the vice chairman of the joint chiefs thinks there will not only be no end in sight, but also more conflicts.  And, reminds the Army Times article’s author John T Bennett, this comes after Gates said he doubted there would be more such conflicts due to the high cost of casualties.


“There is nothing out there that tells us we won’t be wrapped up in these conflicts for as far as the eye can see,” Cartwright said at the Center for Strategic and International Studies-sponsored forum.

In coming years, however, the military might be tasked with fighting these kinds of wars “in different places and at different levels,” Cartwright said.

He did not point to specific nations into which U.S. forces or assets might be deployed over the next decade beyond Iraq and the Afghanistan-Pakistan region.

(More below the fold.)

It was just earlier this week that we heard from the UK Guardian that the further reduction of troops in Iraq has been postponed for at least a month due to “escalating bloodshed and political instability” in recent days.  There always seems to be a reason for yet another extension.

It’s getting to the point that one has to wonder if there is any hope for withdrawal at all.  And more to the point, can we have faith the president meant what he said as a candidate for president when withdrawal continues as a moving target?  Or is he not calling the shots on the subject anymore, as Seymour Hersh recently suggested?

Meanwhile the Trillion-plus wars are merging with the worst economic collapse since the Great Depression to form a “Perfect Bush Storm” on the treasury.  At what point does President Obama finally cut the cord from Bush on this?

The Army Times article continues, “Cartwright said this approach, unless corrected, has the military on a path toward lacking enough ships and aircraft to be in all the many places American presence is required.” Cartwright is concerned with whether we can afford this.  Indeed.

However, one has to wonder how long we will be persuaded that the cost of this war is not defense industry welfare.  And, of course, we’ll have to replace everything lost in the war. More industry contracts.  But the lives lost cannot be replaced.  With the best of intentions, men and women served their country and our nation continues to both lose and misuse them.  One more time, bring them home.