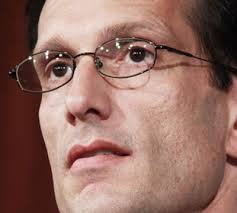 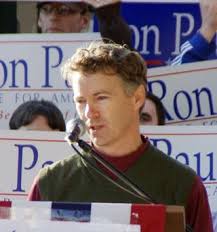 Paul’s long, rambling defense of “private racism” on the Rachel Maddow Show prompted a gut check for many Republicans, especially those who happened to be undergoing interviews by media outlets at or about the time of Rand Paul’s remarks.  Eric Cantor was one of the handful of Republicans who refused to condemn Rand Paul’s remarks, and Cantor’s Democratic opponent Rick Waugh went after him for it:

The context of Cantor’s refusal is controversy in the last 48 hours over Republican Senatorial candidate Rand Paul’s statements regarding civil rights.  Rand Paul told Rachel Maddow this week that he opposes Title 2 of the Civil Rights Act of 1964, and that the law should not have played a role in the desegregation of restaurant lunch counters.  Rand argued that sound policy would provide some federal protections against discrimination – such as on public transportation – but not the full protection against discrimination currently afforded by federal law.   Although Rand fiercely argued that he is personally opposed to discrimination, he said that federal law plays too extensive a role in preventing discrimination: he made the point that although discrimination may be unfortunate and may be bad business, private business people should be able to discriminate against minorities, gays, Jewish people, or any other group of their choice.

Rand Paul’s position would clearly allow for the return of segregated lunch counters.   Yet Eric Cantor refused to state that Rand Paul’s positions should be adjusted even slightly.  On Washington Journal, Cantor declined to support the Civil Rights Act of 1964: “Not being familiar with the context of his response or his questions, I really can’t opine to his position,” Cantor said.

Unfortunately, Eric Cantor represents the people of the Seventh Congressional District of Virginia, and whether Cantor knows it or not, the Civil Rights Act of 1964 plays an essential role in the daily lives of tens of thousands of his constituents.

Those of us who live in the 7th Congressional District know that Eric Cantor is a little “off,” but I never suspected that Cantor was so far out of the mainstream that he’d go along with Rand Paul’s remarks.  Heck, Rand Paul was trying to withdraw what he said yesterday.  I mean even someone as far right as Jim DeMint expressed support for the Civil Rights Act and the Americans with Disabilities Act and promised to talk to Rand Paul about these issues.

Eric Cantor is way off base and out of touch with the mainstream on this issue.

Dr. Cameron Webb Calls on Bob Good to Divest all Holdings from Purdue, Abbott and Major Companies in Pharmaceutical Industry Responsible for the Opioid...

Linda Perriello: Redistricting Amendment Would Create Commission That Would Help “Politically Motivated People…Preserve Their Own Selection”

Another interesting detail from the WaPo Virginia poll: “In three competitive congressional districts — the 2nd, 5th and 7th — the split is closer, at 50 percent for Democrats and 45 percent for Republicans" https://bluevirginia.us/2020/10/wapo-virginia-poll-joe-biden-kamala-harris-11-pts-52-41-sen-mark-warner-18-pts-57-39

Very interesting detail from the WaPo Virginia poll: The president’s 10 percentage-point lead in the solidly red Southwest portion of the state is down from the 33-point advantage he held there over Clinton in 2016″ https://bluevirginia.us/2020/10/wapo-virginia-poll-joe-biden-kamala-harris-11-pts-52-41-sen-mark-warner-18-pts-57-39