This video only speaks of a woman who widened the celebration of mothers.  But before Julia Ward Howe, there was Anne Reeves Jarvis.  In 1858 Anne Reeves Jarvis of Culpepper Virginia founded Mother’s Day to honor her own mother.  But Jarvis was no traditional woman (not that there’s anything wrong with that–I honor, today and always, all women’s choices). But while Jarvis did found Mother’s Day to honor her own mother, she had the country and the larger world in mind. Jarvis was, sorry, Glenn Beck, a community organizer and social activist.  In what is now West Virginia, she created Mother’s Day Work Clubs to work toward clean water and the reduction of infant mortality.

Perhaps you’ll be surprised that what is now West Virginia became the first state to celebrate Mother’s Day.  In 1868 Anne Reeves Jarvis created a post-Civil War reconciliation event called Mother’s Friendship Day for those who fought on both sides of the Civil War. She wanted to “reunite families that had been divided during the Civil War.” Grown men and women were said to have wept as those who had not spoken for years joined hands.  Family and friends who sometimes had been on opposite sides now had to find ways to move on.

When Anne Jarvis died in 1905, her daughter carried on her effort.  Both women came to oppose the increasing commercialization of their movement. But it was for Julia Ward Howe to make Mother’s Day a more national celebration of what the real founder of mother’s day movement dreamed of.

Arise then…women of this day!

Arise, all women who have hearts!

Whether your baptism be of water or of tears!

“We will not have questions answered by irrelevant agencies,

Our husbands will not come to us, reeking with carnage,

For caresses and applause.

Our sons shall not be taken from us to unlearn

All that we have been able to teach them of charity, mercy and patience.

We, the women of one country,

Will be too tender of those of another country

To allow our sons to be trained to injure theirs.”

Our own. It says: “Disarm! Disarm!

The sword of murder is not the balance of justice.”

Blood does not wipe our dishonor,

As men have often forsaken the plough and the anvil

At the summons of war,

Let women now leave all that may be left of home

For a great and earnest day of counsel.

Let them meet first, as women, to bewail and commemorate the dead.

Whereby the great human family can live in peace…

Each bearing after his own time the sacred impress, not of Caesar,

In the name of womanhood and humanity, I earnestly ask

That a general congress of women without limit of nationality,

May be appointed and held at someplace deemed most convenient

And the earliest period consistent with its objects,

To promote the alliance of the different nationalities,

The amicable settlement of international questions,

The great and general interests of peace.

More information may be found at Julia’s Voice.

To the mothers out there, whether Democrat, Republican, Green, Independent, or Libertarian, in the spirit of our fore-mothers, I say: Happy Mother’s Day and …Peace. 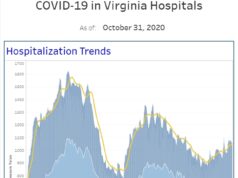