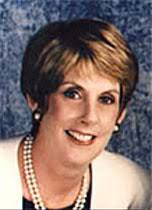 You’ve just got to laugh at this one.

To compare arch-conservative Ken Cuccinelli to Sarah Brady, who is virtually seen as the mother of the modern gun-control movement — now those are practically fighting words among gun owners.

But that’s exactly one of the shots Philip Van Cleave, the president of the Virginia Citizens Defense League, leveled at Attorney General Cuccinelli on Wednesday for the AG’s defense of George Mason University’s on-campus gun ban.

Van Cleave goes on to excoriate Cooch for “fear mongering” and – worst of all – being “‘Clintonesque’ for making a ‘for the children’ emotional argument.”