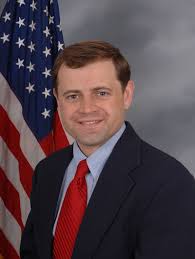 Let’s hope that Public Policy Polling is right about this.

How serious would a Clark candidacy be? When we polled the district in early February we found that a generic Tea Party candidate would pull 19%. Perriello received 44% and Hurt 27% in such a scenario.

In other words, go Jeffrey Clark! 🙂