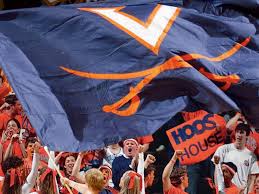 “Academic freedom is essential to the mission of our Nation’s institutions of higher learning and a core First Amendment concern. As Thomas Jefferson intended, the University of Virginia has a long and proud tradition of embracing the ‘illimitable freedom of the human mind’ by fully endorsing and supporting faculty research and scholarly pursuits. Our Nation also has a long and proud tradition of limited government framed by enumerated powers which Jefferson ardently believed was necessary for a civil society to endure.”

This is the preliminary statement of a petition filed today by the University of Virginia to “set aside” the Civil Investigative Demands (CIDs) issued to the University by Attorney General Kenneth T. Cuccinelli II on April 23, 2010.

In announcing today’s filing, University President John T. Casteen III said the University intends to protect academic freedom. Casteen said that issuance of the CIDs “has sent a chill through the Commonwealth’s colleges and universities – a chill that has reached across the country and attracted the attention of all of higher education.”

The CIDs seek to investigate the research activities of Michael Mann, an assistant professor of environmental sciences at the University from 1999 to 2005. Mann, who has since joined the faculty of The Pennsylvania State University, is known for his research on global warming.

On May 14, Casteen announced that the Board of Visitors had engaged the law firm of Hogan Lovells and its premier education practice group to represent and advise the University in its response to the CIDs.

Rector John O. Wynne said that the University is prepared to fight for the right of its research faculty to engage in debate and free expression without fear of reprisal. “We are fighting for preservation of the basic principles on which our country was founded,” he said.

The University’s petition, which was filed in Albemarle County Circuit Court this afternoon, is the first step in a legal process to set aside the CIDs. In addition to challenging the CIDs on academic freedom grounds, the petition also argues that the attorney general exceeded his authority under the state’s Fraud Against Taxpayers Act.

A CID has the legal force of a subpoena. The CIDs issued to the University are extremely broad and far-reaching, requesting information and documents in connection with five grants as well as correspondence between Mann and more than 40 scientists and other individuals over an 11-year period.

The five grants at issue – four of them awarded by federal agencies and involving the disbursement of federal funds – totaled some $466,000.

Earlier this month, the University’s Faculty Senate issued a statement regarding the CIDs, reflecting the organization’s concern that this investigation would have a “chilling effect” on scientific inquiry worldwide.

Ann Hamric, chair of the Faculty Senate and a professor in the School of Nursing, said she was deeply grateful to University leaders for mounting a vigorous defense of academic freedom.

“I join with my faculty colleagues in applauding this action from our president and Board of Visitors,” she said. “Academic freedom is crucial to the academic life of our (and any) university.”