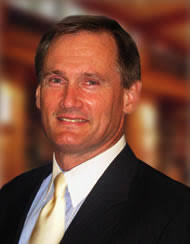 I just started listening to the radio debate between 11th CD Republican candidates Pat Herrity and Keith Fimian on WTOP 103.5 FM. The primary is this coming Tuesday, June 8.

For an update on what happened during the first 25 minutes or so, see Frank Anderson’s twitter feed. A few highlights:

*”Fimian ‘for 8 years worried that someone would come from behind, whack us and take our business.’ Didn’t you take another’s business?”

*”Fimian repeats for 3rd time in 5 minutes that he started his business “in a room above a garage.” But not YOUR garage.”

*”Fimian: people in DC should ‘move somewhere else’ if they want to vote for president.”

*”What worries Herrity most about Fimian: he can’t beat Connolly.”

*”Fimian: ‘which is worse, raising taxes or saying you didn’t?'”

UPDATE 10:28 am” Fimian and Herrity arguing about whether Herrity raised taxes. Herrity says the average tax rate in Fairfax went down. Fimian says for 150,000 people, home values went down but taxes went up.

UPDATE 10:31 am: Herrity says “many, many, many more” homeowners taxes went down. “I’ve been the proven conservative leader on the board.”

UPDATE 10:32 am: Fimian says he’d vote to repeal the heath care reform law, says it doesn’t “address health,” “tort reform,” “insurance across state lines.” “There is nothing in our constitution” that says federal government should insure everyone. Health insurance definitely shouldn’t be “compulsory.”

Herrity says, “absolutely,” health care reform should be repealed. Doesn’t know where to start with “what’s wrong” with the bill. Biggest problem is it doesn’t bring down health care costs. “This comes down to what the role of government is.” Health care shouldn’t be compulsory or an entitlement.

UPDATE 10:36 am: Question about U.S.-Israel relations. Fimian says “Israel has a right to defend itself,” Iran threatens to wipe Israel off the map. Israel’s interests in many ways “are our interests.” We can’t ignore Muslim world in favor of “just one country.” Need to bring these groups together to live in peace rather than trying to destroy each other.

Herrity — “Israel is an important ally.” The use of violence against the blockade-running ship wasn’t “appropriate.” Need to get aid to Hamas…corrects himself, to Gaza NOT to Hamas, which is an enemy. “Peace is the answer” in the long run. Can’t work with people who don’t understand the rule of law.

Herrity – They’re an independent country and they need to protect themselves.

UPDATE 10:42 am: Fimian asks Herrity about raising taxes. Herrity says we’ve been through this already. Blames Connolly for raising taxes while cutting the rates.  Herrity voted for average taxes to go down. Also cut $100 million out of budget. Taxes are lower than “when I took office.”

Herrity asks Fimian about his (lack of) experience in improving the community. Fimian says he’s been a coach. Youth Leadership Foundation, “stunningly successful program.”  “Work I’ve done in my parish.”

UPDATE 10:46 am: Herrity says he won’t move to the center on immigration. Calls himself a “common sense conservative.” “I don’t know where Keith Fimian is.” “I have a proven record.”

Fimian — “Pat is a poster child” for exactly what you’re talking about. He’s raised taxes.  Jobs, taxes and spending, this is where I’m good.

Herrity — I have worked for fast growing companies. “I create jobs.”

UPDATE 10:52 am: Herrity — Not only have I created jobs and opportunities in private sector, on Fairfax County board, I initiated job creation measure.

UPDATE 10:53 am: Fimian — I’m sure there are a ton of issues where Cooch and I disagree. Happy to have his endorsement. Says Herrity isn’t creating jobs “like I did,” “risking everything.”

Herrity — I’ve done a lot for the Asian community, from attending festivals to holding Korean and Chinese events.  #1 job on immigration is to secure the borders. Wide gate, high fence.  “We are finally deporting our criminal illegal aliens.”  Yes, English should be official language.

Fimian — In the age of nuclear terrorism, it is utterly irresponsible not to secure our southern border by whatever means necessary. Reform immigration, we want people who can add to the pie.

Herrity — Not for repealing 17th amendment (direct election of United States Senators by popular vote). Fimian — There’s some merit to that, inclined to say no.

Herrity — Closing statement. I’ve had 30 years experience as a community leader, successful business career, conservative leader on Board of Supervisors. This is about future of our very country. Common sense conservative leadership.

Fimian — American dream, life of freedom and opportunity, is passing away before our very eyes. Washington is broken. They’ve never created a job. What goes on there is not about us but about them. I’m going to Washington not to complete my life but to “break china,” not in a reckless way but in a determined way. We need leaders who will change things up there.

Summary: These guys are both lame, standard right wingers, definitely not ready for prime time. Gerry Connolly must be smiling broadly right now. 🙂

“2k folks [including Dave Matthews, Stacey Abrams, and Jaime Harrison] hanging out with @TerryMcAuliffe on a beautiful day in Charlottesville”