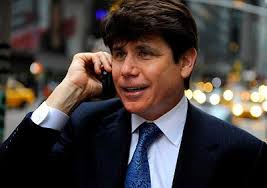 If you’re a Republican, you know things are bad when the conservative Richmond Times-Dispatch editorial board writes about “The Stench” you are creating. Which is exactly what happened yesterday regarding Ken Cuccinelli, $55,000 in campaign contributions he received last year from U.S. Navy Veterans Association founder Bobby Thompson, and of course the quid pro quo:

In sum, unless you believe the utterly implausible notion that this was all just a wild coincidence, it looks like Ken Cuccinelli may be involved in some really bad…uh, “stuff” here. As in, bribery, public corruption, and wire fraud (“any criminally fraudulent activity that has been determined to have involved electronic communications of any kind, at any phase of the event”).  Given that a number of states are already investigating the U.S. Navy Veterans Association, and given that Senator Webb has asked the IRS to investigate this situation, at some point somebody’s going to start talking to the feds. At that point, they’re going to be looking at a possible plea bargain: reduced sentence for the “small fry” in exchange for evidence against public officials like our most excellent Attorney General.

How does Cooch get out of this mess?  It’s hard to see, but at some point he’s likely to try and distract everyone by announcing, “hey, I’m giving back the money, so there’s no story anymore, move along now!” Except that will be a bunch of bull. It’s like if you robbed a bank, you don’t get away with it because a year later, you announce that you’re returning the money you stole.  Sorry, but you’re still going to jail.

The bottom line is that, at this point, it doesn’t matter whether or not Cooch gives back the $55,000 he took from U.S. Navy Veterans Association founder Bobby Thompson. Let me repeat that: it doesn’t matter whether Cooch gives back the money.  Barring a wild, implausible coincidence of events, it looks like Cooch took a large sum of money in exchange for a specific action requested.  Which, come to think of it, is eerily similar to what former Illinois Governor Rod Blagojevich did:

Blagojevich has also been charged with…

– abuse of power concerning release of US$8 million of state funds to Children’s Memorial Hospital expecting to obtain a $50,000 campaign contribution.[3][6]

– seeking graft in the form of $2.5 million in campaign contributions (through 2008) from companies and individuals who have received state contracts or appointments.[18]

Blagojevich is a Democrat, Cuccinelli’s a (far-right-wing) Republican, but in the end, corruption’s corruption. And, as the Richmond Times Dispatch pointed out yesterday, it creates a “stench” unless it’s cleaned up quickly.