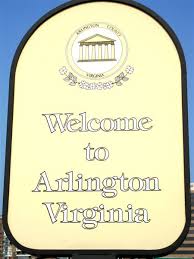 This sounds truly awful, doesn’t it?

About Arlington: Fabulous schools, great home values, and an attractive unemployment rate (only 4.8 percent, as compared to the national average of 9.9 percent) can all be found in this dynamic setting just a stone’s throw from the nation’s capital. Arlington’s public schools offer a low pupil/teacher ratio, and the city ranks second highest among the 100 we surveyed in high school graduation rates. Other factors that helped Arlington top the list: the lowest crime rate and very few registered sex offenders.

As I said, it’s awful. Horrible. Atrocious. You name it. Who would want to live in a place like this, now ranked by that notoriously radical, socialistic (heh) Parenting Magazine as “the best place in the country to raise families in its annual survey.” Yeah, let’s definitely change our entire system of government, what a brilliant idea!  Not.