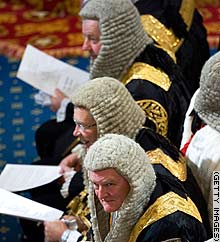 If you think that America’s biggest problem today is too much democracy — and not enough elitism — then Keith Fimian is the candidate for you.  As discussed below and at Save the Seventeenth, in a debate on WTOP radio, Fimian expressed support for the idea of repealing the 17th Amendment, which — almost 100 years ago — gave Americans the right to elect their Senators, rather than having them appointed by state legislators.

Yes, Fimian is a candidate of the Tea Party, and the media never tires of telling us how this so-called movement represents the authentic Voice of the People.  If so, then it appears that the People actually would prefer to have their Voice muffled.  Assuming that Fimian is truly representing his followers, what we have here is a populist uprising against democracy.    (Something that hasn’t happened in the Western World since the 1930s, but I’ll just leave that thought alone for now…)

Just as interesting is how enthusiastically other conservatives support Fimian’s call to move the voters from the driver’s seat to the trunk. Check out this discussion from a few weeks ago at right wing blog Below the Beltway.

Apparently our conservative friends think that the stranglehold that corporate interests have on our political system is not strong enough, and so we need even more of a check on the people. And all this at a time when, across the pond, one of the new governing parties in the UK, the Liberal Democrats, is calling to make its elitist legislative body, the House of Lords, more democratic.

It used to be that the stuffy old Brits were the backwards guardians of mindless tradition and we in America were the forward thinking rebels. And it still can be, if we choose to elect progressives and both support and push them once in office.

If you were worried about conservatives who wanted to take us back to the fifties, take note of the new breed of right wingers who want to take us all the way back to the turn of the LAST century – to back before Glenn Beck’s worst nightmare, Teddy Roosevelt, betrayed his class and brought the Populist and Progressive platforms to the White House.

But perhaps Mr. Fimian is just looking out for his own interest and hoping that a future Republican state legislature can appoint him to the U.S. Senate without him having to soil his hands by campaigning amongst the rabble.  Ah, the good old days when a gentleman’s right to lord it over the common people was simply assumed, never questioned…