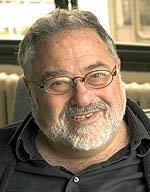 We have greater crises today than at nearly any time in the past hundred years.  The Gulf oil disaster, Wall Street debacle, energy shortfalls and manipulations, health care crisis, destruction and privatization of our public school system, two wars draining our treasury and costing our youth treasure, and other crises continue to defy meaningful solution. Of all times that our values of caring for others, sound stewardship, economic fairness, justice, and honesty are critical, this is it. Giving up, or providing useless, or worse, wrong-wing harmful remedies aren’t an option. But that is precisely what Dems have done and are poised to do again.  Over and over, they provide half-baked solutions with Republican-sounding language and ideas.  It makes one wonder how we got to this point with a Democratic president and congress. Here’s how this is happening, courtesy of a must-read by George Lakoff.

In his commentary entitled “Disaster Messaging,” George Lakoff nails the problem we face and why we face it. Dems are losing the messaging “war.” They misread the reasons for their failure. Then they exacerbate their problems  (and ours) by reacting the opposite of how they should respond. Lakoff says Dems employ pollsters, who in turn employ focus groups to evaluate messaging.  Lakoff says that these pollsters then recommend that Dems embrace Republican conservative frames and messaging.  Essentially they urge Dems to tack “right.”  Dems believe said pollsters, even though pollsters have a superficial understanding of the electorate, whose thinking is far more complex than either Democratic or Republican pollsters seem to understand.  They believe they can therefore pick up more “centrist” voters.  They also believe that if they fail to do this, they will loose.  The trouble is that as a practical matter, centrist voters don’t exist. (Read the article or a detailed discussion of this.) In point of fact, receivers of messaging hear and respond differently to frames depending upon the subject. Thus a conservative Christian who embraces notions of good stewardship might have view on the environment which are quite similar to liberals.  But often Republican are more effective than Dems at evoking emotional response to frames of their making.

Dems, Lakoff says, believe further that if they do not embrace GOP frames they will lose.  They base this on the real fact that the so-called MSM puts forth the GOP frames as well. And most media outlets repeat the framed messages over and over.  So Dems change their policies and blur further the lines between the GOP and Dems. It’s Republican Lite all over again.

But, as Lakoff reminds, the Republicans demand even more, refusing any cooperation at all and demanding everything be their way or the highway.  Bowing to supposed “bipartianship,” Dems respond with more Republican solutions.  And the Republicans still will do nothing to cooperate.

[As an aside, I’ll note that the GOP offers up rudeness, nastiness and near-treasonous language in return.  Yet most Dems won’t take them on for the deceit, treacherous language and manipulations they employ.]

I urge you to read the entire article, especially the lengthy discussion of what to do to resolve this massive and repeated caving of Dems to the GOP. When GOP programs are wrong for America, we must articulate clearly what the problems are and how they must be addressed.  But we should never allow the GOP to frame our point of reference.  That is, however, just what we have done. When will we learn?