The title is from George Wood, author of this blog post After telling you about the school he has run for the past 18 years in a rural area of Ohio, and the success they have had in increasing graduation and college going rates, improving student engagement, etc.  he offers the following words:

But reading the popular press, and listening to the chatter from Washington, I have just found out that we are not part of the movement to ‘reform’ schools.

You see we did not do all the stuff that the new ‘reformers’ think is vital to improve our schools.  We did not fire the staff, eliminate tenure, or go to pay based on test scores.  We did not become a charter school.  We did not take away control from a locally elected school board and give it to a mayor.  We did not bring in a bunch of two-year short-term teachers.

Nope, we did not do any of these things.  Because we knew they would not work.

Let me explore his post a bit more, and offer a few additional thoughts of my own.

Wood’s post appeared at the website for The Forum for Education and Democracy, an organization which I strongly urge people to get to know.

And Wood’s point about the hijacking of the word “reform” with respect to education is a key.

Let’s continue by acknowledging that we have, in education, seen a classic illustration of what George Lakoff describes as framing.  Somehow those with a set of agendae that they wish to impose have managed to get their definition of “reform” installed as the standard for public educational discussion.  Newspaper editorial writers and columnists have bought into it.  And it is not merely a right-wing Republican meme, as we have groups like Democrats for Education Reform that support an agenda almost identical to what we saw in the Bush administration under two different Secretaries of Education, Rod Paige and Maggie Spellings.  There is overlap with the Gates Foundation’s efforts on education, which might be why we see a number of people high in Arne Duncan’s Department of Education with ties to the Gates Foundation.  There are also a variety of organizations which claim to be doing civil rights related efforts on education, such as Education Trust, which also have provided key staffers for Duncan.  Many of those who have worked on education for groups like the Progressive Policy Institute also support the kind of agenda that wants to tie teacher compensation to student test scores, expand charters, and the like.

George Wood points out several things of importance.   Allow me to quote him some more (although there are some hotlinks in the text below which I am not reproducing because you really should go give his original some eyeballs):

There is no evidence that firing staffs and using the turn around strategies that failed when Secretary Duncan was in charge of Chicago’s schools is suddenly going to work (here’s the evaluation  from Duncan’s supervisors).

Tying teacher pay and tenure to scores on the current batch of narrowly constructed tests has never worked and will not, as Thomas Hilton, former researcher at the Educational Testing Service notes, work now.

Charter schools do not do any better than good old public schools.  And there is no evidence that eliminating democratic involvement with our schools through elected school boards improves educational opportunities for kids.  (I cannot do better than Diane Ravitch on these.)

Wood goes on to praise the dedication of people who volunteer for Teach for America while simultaneously questioning whether a steady diet of inexperienced teachers is what we really want to impose on schools in poor communities.

He then asks a crucial question:

So would somebody please explain to me why the new reform agenda is made up of so many unproven or failed strategies?  Everywhere I turn the mantra is the same-fire teachers, close schools, start charters.  Even from people who should know better.

There is more.  I do encourage you to read George’s entire piece.  I am going to quote one more section.   Too often those of us who question the so-called “reform” agenda are challenged to offer a different idea.  We almost always do, but our words are dismissed.  I will return to that.

George Wood does point out what we know, those of us in the trenches, who have been dealing with educational issues where it matters most, in schools, with kids:

To turn around a school and keep that success going requires educational leadership committed to through teacher assessment and support-I have fired tenured teachers and worked to expand the skills of every teacher in our building.  And in turn my staff has taught me more than a few things about leadership and professional development.

To make sure every young person learns means constant reassessment of the curriculum, multiple measures of student achievement, and support systems throughout the school.  We cannot rely on the archaic standardized tests we today use to judge student learning as they dumb down and narrow curriculum.  And we must make sure that every student has equal access to the conditions to learn in every school.

To have every student rise to his/her potential we must use our communities, through internships, mentoring, and, yes, school boards that hold educators accountable to the local community.

Note where that accountability rests – to the local community.  That is one reason why the likes of Diane Ravitch talk about the importance of having schools rooted in their communities.  Often schools are a major anchor of even the most troubled communities.  And somehow removing responsibility and oversight from local communities, as has happened in case with mayoral control, notably in Chicago under Paul Vallas and then Arne Duncan, has not proven to be successful, and has wreaked further havoc on already struggling communities.  Ultimately, if we are a democracy, there has to be some acknowledgment of this in how our schools are governed.

Wood wonders why the success of his school, his staff, his students, somehow don’t seem to matter in the discussions about education.  He closes with one line:

Maybe we just don’t have a good press agent.

I’m not sure that would make a major difference.

But I understand his frustration.

Those who follow me know I have been writing about some of these issues for many years.  Remember, before I ran the first education panel in Las Vegas in 2006, I was already writing here – and elsewhere – about matters of education, about how our policy was flawed.

I am not alone.  Increasingly teachers have been taking up pen and keyboard attempting to get our voices heard.  It is difficult

One important effort, of which I am now on the Steering Committee, is Teachers Letters to Obama.  If you are interested, I suggest you browse through the site, explore a bit.

As long as I have been at this, and I started before I began teaching in 1995, I still do not understand why the voices and insights of educators on the ground are so infrequently heard in the conversations about education.

So let me end as I began, with the title George Wood used for his blog post:

Somebody Explain This to Me 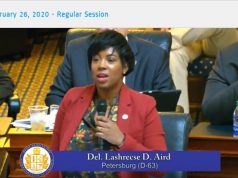