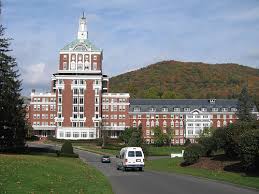 Over at Not Larry Sabato, Ben Tribbett is doing some serious, investigative reporting/muckraking on the “movers and shakers,” the “rich and powerful.” You know, the kind or reporting that newspapers used to do, when they actually cared about digging up real news, and not just about figuring a way to stay in business by reporting “soft news” and “infotainment?” Anyway, I’m glad to see that somebody is finally shining a bit of sunlight on one of these cozy, politician-lobbyist shmoozapaloozas.  And yes, there are a number of reasons why we all should be concerned about this situation.

First and foremost, anyone who cares about good government should be at least a bit uneasy by the thought of their representatives spending several days schmoozing, and being schmoozed by, the top corporate lobbyists in Virginia. Unless, that is, you believe in fairy dust, pixies, and that gifts don’t come with strings attached. Take this factoid from NLS, for instance: “In recent years, the 22 members of the Democratic Caucus in the Virginia Senate have taken over $250,000 in personal gifts from these same lobbyists.” And, as Ben points out, “that’s only what has been disclosed.” What’s all that money for? Put it this way, if you or I threw a party like this at The Homestead, do you think any of these folks would show up?  (hint: the answer starts with”N” and ends with “O”). I don’t know about you, but this entire situation makes me extremely queasy.

Second, as if that’s not bad enough, this entire lovefest, whether it has an “R” or “D” after its name, occurs in the complete absence of sunshine. That’s right, your lawmakers spend several days hobnobbing and hanging out with lobbyists from powerful corporations – construction, natural resources, power generation, you name it – without anybody keeping an eye on them. Apparently, that quaint institution known as the “fifth estate” (aka, “the press”) is not invited. And, apparently, that quaint institution doesn’t demand to be let in. Oh, and the “new media” isn’t invited either; in fact, they’re actively discouraged from attending (in this case, Ben figured out a way in, legally, without getting his butt arrested). I’m not sure which is more disturbing, but both should make anyone who cares about good and open government very uneasy.

Third, it’s bad enough when Republicans do it – we expect the party of corporate welfare to be hobnobbing with corporate muckety-mucks, of course. But what about Democrats, the party of (supposedly) “the people not the powerful?”  Are Democrats no better than Republicans on this? Was Ralph Nader correct when he said that “The only difference between the Republican and Democratic parties is the velocities with which their knees hit the floor when corporations knock on their door?” Events like this one really make me start to think ol’ Ralph was onto something there.

Fourth, unfortunately, this is not an isolated incident. Remember the Democratic National Convention in 2008? Remember that Dominion Power salute to Tim Kaine at Red Rocks? Remember all the other corporations sponsoring events, soirees, etc, etc?  Remember the fact that the convention was “brought to you by a Who’s Who of corporate lobbying interests” – Qwest, Xcel Energy, Comcast, Target, Pepsi, Lilly, Medtronic, Anheuser-Busch, Lehman Brothers, Google, Anthem, ADM, Wells Fargo, Visa, Merck, you name it.  Does it make you at all uncomfortable that “most of them have business with the federal government or long lists of issues they are trying to influence on Capitol Hill?” If not, why not?

Fifth, as Ben points out, “Virginia is the only state where it is legal to present legislators with unlimited personal and corporate campaign contributions, and even unlimited ‘personal gifts’ – which can include meals, trips, jewelery and anything else a legislator desires that a lobbyist is willing to purchase for them.” That’s right, Virginia’s campaign finance laws are a joke. In fact, the only hope is “sunshine,” which is exactly what isn’t present at events like this. Which means that whatever goes on there – good, bad, indifferent – is not known by the general public, aka “the taxpayers,” aka “the voters,” aka “citizens of Virginia,” aka “you and me.”