(Bob McDonnell proves once again that he’s clueless.  In this case, he wastes money AND adds to pollution AND increases our “oil addiction”.  Nice job, Governor! – promoted by lowkell) 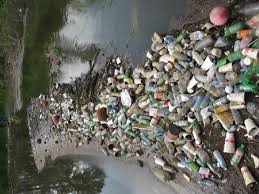 There really isn’t an excuse for choosing bottled water when safe tap water is available.  Indeed, much of what is sold as “bottled” water is tap water put into bottles and trucked about the nation, producing air pollution and plastic waste that otherwise would not exist.

The decision to put Virginia back in the business of buying bottled water is wrong-headed and wasteful.

And not at all surprising.

The prohibition was one piece of then-Gov. Timothy M. Kaine’s government “greening” plan that didn’t make it through a McDonnell administration rewrite for fear that it could cost Virginia businesses too much green.

I love the rationale.

Some “industries” deserve no protection.  This is one of them.

Bottled water provides all the convenience of what, when I was a young ‘un, was called a “canteen,” without the handy reusable container.

Data-filled press release at this link:

Note:  I had trouble getting an embedded link to work.

I’m willing to bear the embarrassment of not getting the link to work because the information in the press release is so thorough.  I’ll try again later.

The Latest From Far-Right Extremist Bob Good: His Campaign Is Now Refusing Funds From Illegal Gun Raffle to Benefit His VA05 Campaign