The other day, we published some questions for the Arlington County Board on the departure of County Manager Michael B. Brown, as well as on the $110,000 severance payment he received after just four months on the job.  Now, we have some answers, in the form of a statement by County Board Chairman Jay Fisette.  I don’t have the statement in writing, but here are the main points from notes I took listening to Jay Fisette over the phone:

*He understands that some clarity is required regarding the severance payment for former County Manager Michael Brown.

*The County Board takes this situation very seriously and assumes full responsibility.

*When it was determined that Michael Brown’s fit was not what had been hoped for, he was given the opportunity to submit an official resignation letter.

*”Brown’s severance payment was fully consistent with the terms of his contract and was not discretionary. This is a standard provision in contracts for city and county managers.”

Overall, I think this makes sense. In fact, one can even say that the Arlington County board was the victim of “no good deed goes unpunished.” However, I’d also add that they brought some of this on themselves by not being more forthright, mostly in their attempt to be as generous to Mr. Brown as possible, and also on the rushed timetable they were operating under.

In the end, it’s not like there’s some big scandal here, and really there’s little for the Republicans to latch onto. Of course, that won’t stop them from trying, but something tells me that in four weeks, the end result will be the same as usual, with Democrats riding high in blue Arlington. We’ll see. 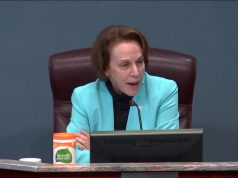 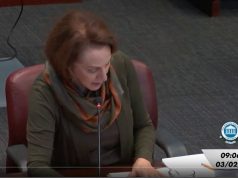 .@vademocrats: Trump “Posing for Pictures” as “Our Doctors Are Struggling with Dwindling Supplies and Equipment”; “They need help, not photo-ops” ("Surprised there's no 'Mission Accomplished' banner") https://bluevirginia.us/2020/03/va-dems-trump-posing-for-pictures-as-our-doctors-are-struggling-with-dwindling-supplies-and-equipment-they-need-help-not-photo-ops #USNSComfort