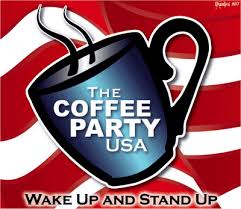 There are petitions popping up all over the place, demanding that the media and other irresponsible parties – Sarah Palin is named repeatedly, but of course there are many others – stop the violent, hateful, incendiary rhetoric. A few examples:

We, the undersigned, accept our civic duty to end this era of violent rhetoric and the politics of division. It is our responsibility – as citizens, politicians and the members of the media – to encourage civil and informed political engagement. We recognize that civility, tolerance and understanding are values that form the foundation of a stable, prosperous, democratic society.

As if the crosshairs weren’t clear enough, Jesse Kelley, Rep. Giffords’ Republican opponent in a hard fought race for reelection held an event two months later that makes the stakes all too clear. He asked supporters to donate $50 in order to “shoot a fully automatic M16” to “get on target” and help “remove Gabrielle Giffords.”6 Sarah Palin subsequently praised Jesse Kelly on Fox Business News saying: “I don’t feel worthy to lace his combat boots.” 7

Tell Sarah Palin: Threats of violence have no place in our democracy. End the use of shooting images in rightwing political rhetoric and stop validating political figures who use violent metaphors in their political calls to action.

more on the flip

We don’t know what motivated the individual or individuals who committed this atrocity. And, if reports are true, it’s deeply troubling that the suspected shooter displayed so many signs of serious mental illness, and our public health institutions failed to respond.1

But the terrifying fact is that this act of violence falls into a pattern that has emerged over the past two years in America and in Gabrielle Giffords’ district in particular.

Even if you do not intend harm, your violent rhetoric has serious consequences.

Rep. Gabrielle Giffords (D-AZ) & 11 others were gunned down in a senseless act of a violence. Though you’ve since deleted the page, Congresswoman Giffords was on your “target list” before the election, and you placed cross-hairs over her district.

Any others your seeing out there?