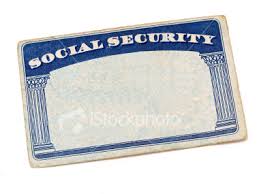 Just two days ago, the President assured that he will not agree to either cut or privatize Social Security.  That seemed to end the discussion.  But the robber barons were not satisfied and have gone for broke.  Only you and I are the ones they want to see broke.

What the president failed to do is explain to Americans that the program has not contributed one cent to the national deficit.  Not one penny comes from the federal budget, but rather from payroll (FICA) deductions as well as the Social Security trust fund.

It did not take long for the corporations, who resent paying their half of what WE EARNED, to go into frenetic overdrive. Today, the corporate media (yes, including NPR) tried to ram through the lie that Social Security will run of of money in 2037. Now, those who prey on ordinary Americans again try to conflate the federal deficit with the Social Security trust fund. If a simple fix (making all wages/earned income subject to FICA will do the trick–no cuts needed) isn’t done however, the system will still be able to pay 78% of benefits from ongoing income. In the mid 1980s, we were faced with a similar call to do a slight fix.  And Republicans and Democrats alike joined to do just that.  They did not savage Americans earned benefit.

When I opened my internet provider’s page this morning, I saw the following LIES:

• “End in Sight for Social Security.”

• And then a link labeled “What Year Will It End?”

• Later this morning, probably after complaints, it took down the “when will it end” quote and asked instead, “When Will It Be Empty?”  (Still a Convoluted Lie)

• When you click through to the article, you see “Social Security fund slips into permanent deficit.”  It’s the same headline as over at the Roanoke Times.

The Roanoke Times lazily ran the same AP article with the very same title, “Social Security fund slides into permanent deficit.”  You can blame this writer as well, STEPHEN OHLEMACHER, of the AP. As OurFuture.org points out, he quotes one “expert” (from the American Enterprise Institute). Have he and the others no conscience?  Did I mention that the head of the Washington Bureau of the AP is a FOB (friend of the Bush admin).

AEI, Freedom Works; Americans for Prosperity; and Club for Growth; GOP leaders, such as Eric Cantor; and some Blue Dogs are trying to conflate Social Security with the federal deficit.  It’s clear that the corporate media have and are colluding with the likes of the above mentioned groups.  It’s also clear that they are attempting to wage a massive theft against the American people, the theft of your hard-earned money.  It could not be more clear: This is economic terrorism on the American people.  That is what it comes down to. They should stop trying to terrorize Americans in their hopes that we will just give up.  We will not.

Our Future.org has an article up here. But even that organization’s writers don’t have their language and talking points in order. But let’s face it, we all (including moi) have work to do on that score. It’s high time our national leaders call these robber barons to account for their treachery.

President Obama has a microphone.  Let him set the record straight, as many times as it takes.  Let Harry Reid continue to do so.  Let every person of good will tell the truth to everyone they know to counter the massive lie spilling into the corporate media (again).  And let’s shame the corporate media for shamelessly trying to manipulate ordinary Americans.  Not older and about to depend on Social Security?  You will be and believe me one day you will be glad we fought to protect your benefits too.  With employer pensions (something else we should stand up for, imho) fading from the American landscape, increasingly, Social Security (Social Insurance you paid for) will be more important than ever.