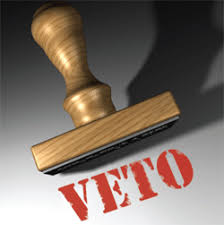 I’ve gotta agree with Bob McDonnell (and the Virginia Education Association, and many other education groups) on this one:

Governor Bob McDonnell has vetoed legislation (SB 966) that would force local school districts to provide 150 minutes of physical education per week for all students in elementary and middle school by the year 2014. The state mandate was strongly opposed by local school districts and teachers concerned about the financial impact of its implementation.

Speaking about his decision Governor McDonnell noted, “In my Inaugural Address I stated very clearly that Washington does not always know better than Richmond, and, equally, that Richmond does not always know better than Fairfax or Galax. I have long opposed significant unfunded mandates passed from one level of government to another. Thus, I cannot in good conscience sign this legislation.”

“While the objective of this legislation is laudable, the proposed means of accomplishment is problematic.  Education officials advised me that this measure would cost them tens of millions of dollars…

Bottom line: I would have  supported this legislation if the General Assembly also had voted to lengthen the school day/year in order to compensate for the extra time students would spend on physical education, AND also if they had appropriated funds to pay for doing so. But they didn’t do either of those things, which makes this an unfunded mandate on schools and localities, forcing them to hire more teachers and/or expand facilities, without providing them the resources to do so. That, in turn, would have meant that schools would have been forced to cut back elsewhere — music, art, instruction time, whatever — in order to make room in their schedules and budgets for the unfunded mandate. That’s not acceptable, and that’s not right. So…hopefully not for the last time let me say, “thank you Bob McDonnell for vetoing this bill.”

P.S. Based on the House and Senate vote totals, it doesn’t appear that McDonnell’s veto will be overridden.