(Well said, thanks to Toby for this diary! – promoted by lowkell) 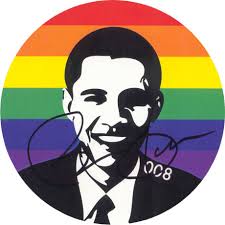 As a gay-marriage refugee in D.C. (can’t be married in Virginia, me and my tax dollars are hanging out in D.C. until my family is legally protected in Virginia), I’m proud of the President and his team for all the progress made in the past two years. Hate Crimes. Don’t Ask Don’t Tell Repeal. Gay rights advancements in the Health Care bill. Hospital Visitation. A strong moral rebuke to the haters by refusing to defend DOMA and shifting the burden of defending it to the bigots who support it. I am so Pumped for the Re-Elect.

So why, when asked, are some gay rights activists hatin’ on Obama?

I get a little frustrated when in the face of progress, my fellow ‘mos don’t appreciate the good work being done (especially when it comes at the cost of depressing the base).

I mean, what exactly is it that John Aravosis (of AmericaBlog, quoted in the Politico article) and his ilk want? No magic wand upon assuming the presidency, people. A TON of progress has been made in TWO short years. I think some people are just haters for the sake of being haters.

Look, I get it if you’re going to hate on Gay Inc. – with all that money, we could / should probably be getting more. But make no mistake – the haters are going to fight us every step of the way, and talking smack about Obama 18 months out from re-elect seems kinda silly. Pretty much everything that could have been done has been done – See the long list above. Repeal of Section 3 of DOMA could happen in a second Obama term.

So, why talk smack now?