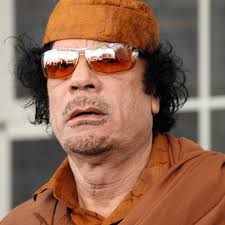 To date, I have not been supportive of intervening militarily in Libya. For one thing, I haven’t seen how we – the United States, or possibly NATO – could intervene effectively, either militarily or politically. To the contrary, it’s seemed to me that any intervention on our point would simply backfire, possibly drag us deeper and deeper into a quagmire, and basically become a costly debacle.

Second, I agree with Jim Webb that we don’t really know who the opposition is, whether we can do business with it, whether it’s democratic, authoritarian, Islamist, or what.

Finally, it appeared for a while that the opposition was doing just fine without our help, would eventually prevail and overthrow Colonel Qadaffi, so the point was moot anyway.

Now, one part of the rationale for not intervening has weakened, while two strong arguments in favor of intervening have been advanced. With regard to the former, the rationale for not intervening has weakened because the rebels no longer appear likely to win at this rate; in fact, it appears that their defeat, given Qaddafi’s large military advantage, is only a matter of time (days? weeks?). As for the latter, the two strong arguments I’ve seen made recently in favor of intervention include:

1. Humanitarian: As “Meteor Blades” explains, in reference to the recent death of a relative of his, killed by Qaddafi’s forces, if the international community doesn’t intervene soon in Libya, “many more [Muhannads] will [die].” In other words:

If Gaddafi succeeds, if he regains full control, everything we know about him indicates a quiet bloodbath will take place. He will have plenty of time and plenty of money. At risk is every Libyan who has protested, has joined dissident Facebook groups, has put up a YouTube video, or has spoken to Al Jazeera. As well as the families of those who have done these things.

To put it mildly, that is not good. Nor is it acceptable, especially if the world community can do something to stop it – just as in the Balkans, Rwanda, Darfur, etc.

2. Geopolitics/U.S. national interest: In this morning’s Washington Post, Jackson Diehl argues strongly, and I believe persuasively, that a victory by Qaddafi over the Libyan rebels could “reverse the tide of the Arab Spring:”

Gaddafi’s scorched-earth campaign to save himself has not only stopped and partially reversed the advance of rebel forces on Tripoli during the past two weeks; it has done the same to the broader push for Arab democracy. If he survives, the virus of repressive bloodshed and unyielding autocracy could flow back through the region.

Now, perhaps there are those in the U.S. government who believe we were better off, and would continue to be better off, with an Arab world controlled by despots, as long as they keep the oil flowing, suppress Islamic fundamentalists (or other anti-Western forces), and maintain their peace treaties with Israel. And no question, those are all important strategic considerations for a great power, like the United States, to weigh in deciding on its future course of action. However, it seems to me that there’s also a significant downside potential to the United States abandoning pro-Democracy forces just as they appeared to be gaining a foothold in the Middle East region. In the end, are U.S. interests safer – both in the immediate future and long run – in a world controlled by Husni Mubaraks and Moammar Qaddafis and Bashar Assads? Or, are we better off taking our chances on Arab Democracy? I can certainly see the argument for the former in the short run, although even there I don’t totally agree with it. But in the long run, I simply don’t see how U.S. national interests are best served by propping up corrupt, hated regimes throughout the Arab and Muslim world. I also don’t see how U.S. national interests are best served by betraying our own values, even if it creates a messier geopolitical chessboard for us to deal with.

In the end, I remain torn about what to do in Libya, and I’m still not sure how we’d intervene exactly – arm the rebels? no-fly zone? bomb Qaddafi’s forces? other?  Despite those continued misgivings and doubts, I’m definitely starting to believe that Plan A (do not intervene, let it play out for better or for worse) isn’t going to cut it, from either a humanitarian or national interest perspective. What do you think?

Democracy’s Not a Spectator Sport: Knocking 42 Doors for Rep. Abigail Spanberger in Prince William County in Two Hours and 10 Minutes