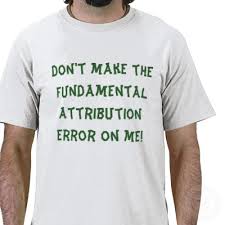 Following Barack Obama’s reelection announcement video yesterday, I ended up in several conversations with progressive friends of mine who expressed, to varying degrees: 1) frustration at Obama (and at Democrats more broadly) for what they failed to accomplish in 2009-2010; 2) to varying degrees, a lack of excitement for Obama’s reelection campaign and/or second term; 3) also, to varying degrees, a lack of confidence in Obama (and Democrats more broadly) to “frame” the debate with Republicans in a winning way; and 4) concern that the Obama and the Democrats will “cave” or “f*** up” their response to Rep. Paul Ryan’s extreme proposal to slash government, gut the middle class, harm the working class (let alone poor people), and pretty much destroy progressivism for generations to come.

It’s not that I completely disagree with any of this. However, my counterargument is primarily that we need to stop looking for our “leaders” to provide all the answers, and instead that we all need to stay involved and keep the pressure on our “leaders” to do what we want them to do. In addition, as a really smart, progressive friend of mine pointed out to me yesterday, we need to stop committing the “fundamental attribution error” of “blaming people rather than environmental circumstances.” As my friend puts it, “we need to tackle the situational influences…cut them off or redirect them…change the incentive structure.” We also need “structural reform…[to give] power to the people,” and we need “concerted day-in, day-out pressure.”

In other words, we need to realize that Barack Obama and all the rest are politicians who respond to perceived costs (sticks) and rewards (carrots).  As I wrote to another friend yesterday, if you don’t want Obama to cave, you need to organize a movement, or at least participate in one, because politicians respond to pressure, whether we’re talking FDR, LBJ, Bush, Obama, whoever. Right now, unfortunately, conservatives appear to be far more organized and far more passionate than progressives, and our “leaders” are responding accordingly.

For instance, look at what happened when GLBT groups organized passionately and effectively around ending the ridiculous “Don’t Ask Don’t Tell” policy — it’s now on the path to the dustbin of history, as well it should be. In oontrast, look what happened when environmentalists did NOT organize passionately and effectively around passing comprehensive clean energy and climate legislation — not only did we fail to get said legislation, we now face a serious attempt to move us BACKWARDS by weakening and/or gutting the Clean Air Act, the EPA, etc. That’s what happens when you don’t have a serious “movement” holding the politicians’ feet to the fire, and also counteracting the enormous amounts of money from the Koch brothers, Exxon Mobil and other Dirty Energy interests being poured into denying climate science, bashing clean energy, and protecting their own (dirty) interests.

Why are Democrats so weak right now? In large part because there’s no serious, sustained, progressive/populist/labor movement anymore in this country (note: in contrast, there most definitely is a strong conservative, reactionary movement in this country). Recall that the Democratic coalition from the 1930s through the 1960s had the Deep South “Dixiecrats” and socially conservative working class people (Archie Bunker types, “Reagan Democrats”) along with northern liberals. In the aftermath of the Civil Rights Act, the Voting Rights Act, and other events of the 1960s, Democrats largely lost the “Dixiecrats,” and thus the Deep South, just as LBJ had feared/predicted would happen. Democrats also lost ground with its natural ally, the working class, in large part due to two factors: 1) the sharp decline of labor power as a counterweight to corporate power; and 2) Lee Atwater-style “wedge politics,” which effectively divided working people against themselves by using race (Nixon’s “Southern Strategy;” Reagan’s kickoff at Philadelphia, MS; the infamous “Willie Horton” ad; etc.), sexual politics (abortion, gay rights, women’s rights) in order to convince people to vote against their own economic self interest (see “What’s the Matter with Kansas?”).

Meanwhile, Republicans have been busy demonizing government non-stop since 1980 – that’s 30 years now – while Democrats have foolishly adopted much of their framing (e.g., “tax relief,” “ending welfare as we know it,” extending the egregious Bush tax cuts at a cost of $400 billion a year).

Simultaneously, one of the most important elements of our system – the news media – has declined into a cesspool of “infotainment,” phony objectivity (on the one hand some people say there’s gravity, on the other hand, some people say there isn’t gravity…), sharp reductions in bureaus and reporters, more “fluff” and less “hard news,” and far more concern with staying in business than with doing cutting edge, serious, investigative (or other) journalism.

Finally, money in politics has spiraled completely out of control. The recent “Citizens United” decision made matters a lot worse, but the problems’ been there for years. Which means that when you turn on your TV, it’s highly likely you’re going to see a slick ad by some industry group, whether we’re talking the Big Lie Chevron “Human Energy” campaign, or the insidiously evil “Energy Tomorrow” campaign, or that extremely annoying ad with the woman talking about how government shouldn’t tax junk food because she’s perfectly capable of making the “choice” by herself, or the infamous “Harry and Louise” ads which trashed “Hillarycare” in 1993-1994, or a million other examples.

The end result: our Democracy is in deep, deep trouble, as are nearly all the progressive gains we’ve made in this country since the early 1930s. And, ominously, nearly all the underlying forces right now are pushing strongly in the wrong direction. Even more ominously, almost nothing is countervailing or counteracting the reactionary forces, certainly not in an effective manner. Which is partly why the Republican Party has lurched to the John Birch Society far far far right, while the Democratic Party has largely come unmoored from its core, progressive beliefs and instead has morphed into a basically center (or even center-right), pro-corporate party.

In this context, my friend’s comment about the “fundamental attribution error” becomes crystal clear. Talking about Obama – or any specific politician – is basically a frivolous, quasi-masturbatory waste of time if you’re not simultaneously dealing with the “environmental circumstances”/”incentive structure” at play here.

And that, in turn, will only happen if people in large numbers – that means you, me, all of us – start demanding, loudly and forcefully, what we want the politicians to do and where we want our country to go. Unless and until we do that, there’s absolutely no reason to expect that the Paul Ryans of the world will stop working to skew the tax code towards the wealthy and powerful; to keep lavishing taxpayer-funded corporate welfare on dirty energy companies so they can more easily destroy our land, air and water; to trash the social safety net; to ensure that the rich get richer, the poor get poorer, and the middle class gets squeezed even harder; etc. Or, to put it another way: “yes we can” – but only if we get involved, stay involved, and stop looking to politicians – however inspirational or exciting – to solve our problems for us.

.@VAHouseDems Continue Promoting Gun Safety in Virginia ("These measures are about common-sense gun safety, to keep guns out of the hands of criminals...") https://bluevirginia.us/2021/06/house-democrats-continue-promoting-gun-safety-in-virginia