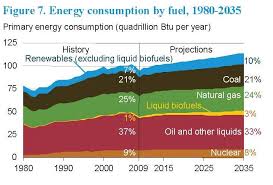 Nobody’s arguing that we don’t have a significant problem with our budget deficit and national debt. Instead, what we are arguing about is how to bring the deficit and debt down, preferably without trashing the economy, our nation’s future, and our social safety net in the process.

Unfortunately, we have one party and its even-more-extreme Tea Party subsidiary — let’s just lump together as the “Teapublicans” — who apparently don’t care about any of those things. If you look at the Paul Ryan plan (which almost every single member of the BONEr/Can’tor party voted for recently), Teapublicans also don’t really care about cutting the deficit and debt, because that plan doesn’t balance the budget for decades. Instead, what Teapublicans really seem to care about is: cutting taxes for rich people and corporations; keeping the Bush tax cuts for rich people and corporations; gutting Medicare, Medicaid and Social Security; waging class warfare against the working class and middle class of this country; and slashing the tiny portion of the federal budget known as “domestic discretionary.” Included in “domestic discretionary” are all kinds of things, such as “law enforcement, education, homeland security, environmental protection, transportation, disaster relief, medical research and foreign aid.”

Also included in “domestic discretionary” spending is the superb energy statistical, analytical and forecasting work carried about by my former employer, the U.S. Energy Information Administration. Look, I know I’m a bit biased, given that I worked there for 17 years, but I honestly can’t think of anything more shortsighted/stupid than to take a wrecking ball to our country’s energy statistics and analysis capabilities when we desperately need exactly that!  Ugh.

The full EIA press release is below the “fold.” There, you can see the details on all the statistics, analysis and forecasting EIA won’t be doing, all to save the equivalent of a rounding error of a rounding error off the federal deficit. This isn’t even “penny wise pound foolish,” it’s “penny stupid AND pound stupider.” That’s the Teapublicans for you, where ignorance, disregard of empirical evidence, and disdain for rational analysis apparently are seen desirable qualities.

“The lower FY 2011 funding level will require significant cuts in EIA’s data, analysis, and forecasting activities,” said EIA Administrator Richard Newell.  “EIA had already taken a number of decisive steps in recent years to streamline operations and enhance overall efficiency, and we will continue to do so in order to minimize the impact of these cuts at a time when both policymaker and public interest in energy issues is high,” he said.

EIA must act quickly to realize the necessary spending reductions during the present fiscal year, which is already more than half over.  The changes in products and services identified below reflect initial steps to reduce the cost of EIA’s program.  Additional actions are being evaluated and may result in further adjustments to EIA’s data and analysis activities in the near future.

Initial adjustments to EIA’s data, analysis, and forecasting programs include the following:

·         Do not prepare or publish 2011 edition of the annual data release on U.S. proved oil and natural gas reserves.

·         Suspend analysis and reporting on the market impacts of planned refinery outages.

·         Suspend auditing of data submitted by major oil and natural gas companies and reporting on their 2010 financial performance through EIA’s Financial Reporting System.

·         Cancel the planned increase in resources to be applied to petroleum data quality issues.

·         Reduce data collection from smaller entities across a range of EIA oil and natural gas surveys.

·         Reduce data collection from smaller entities across a range of EIA electricity and coal surveys.

·         Suspend further upgrades to the National Energy Modeling System (NEMS).  NEMS is the country’s preeminent tool for developing projections of U.S. energy production, consumption, prices, and technologies and its results are widely used by policymakers, industry, and others in making energy-related decisions.  A multiyear project to replace aging NEMS components will be halted.

·         Eliminate annual published inventory of Emissions of Greenhouse Gases in the United States.

·         Limit responses to requests from policymakers for special analyses.

In addition to these program changes, EIA will cut live telephone support at its Customer Contact Center.

The changes outlined above and the additional actions that may be required to align EIA’s program with its FY 2011 funding level are undoubtedly painful for both users of EIA energy information and EIA’s dedicated Federal and contractor staff.  We will work with stakeholders to minimize the disruption associated with the changes identified above and will issue specific guidance to affected survey respondents soon.  We remain committed to maintaining the bulk of EIA’s comprehensive energy information program and strengthening it where possible, consistent with the available level of resources.