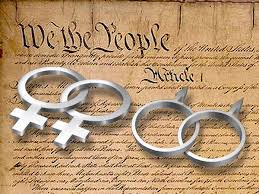 Per the Washington Post poll which found that more Virginians now support gay marriage than oppose it, I couldn’t agree more with Waldo Jaquith’s analysis:

…These results aren’t totally surprising, since this is the same shift that’s occurred nationally in the same time period. The big source is my own generation. Most young folks think that gay marriage should be legal. Most old folks think it should be illegal. As those old folks become dead folks, and more young folks come along, there’s every reason to think that these numbers will keep right on rising.

So here we are. We’ve needlessly marginalized 5-10% of the state’s population, creating some huge headaches and heartaches for thousands of people. How long will we wait to fix this? We could be ahead of the curve, we could wait to do it when all of the other states are fixing their own constitutions, or we could wait until it’s a source of state shame-say, another decade or so-and then be humiliated into making this right. I’m pretty sure I know which route Virginia will go with.

Which makes it all the more sad, frustrating, and infuriating to see Bob McDonnell continuing to get it completely wrong, calling the Marshall-Newman anti-gay-marriage amendment “the right decision.” Sorry, but just because the majority votes a certain way at a particular snapshot in time doesn’t make it “right,” whether we’re talking morality or public policy, whether at that specific point in time or into the future. In this case, it was clearly the wrong decision on every level, as many of us said at the time.

So…now that the people of Virginia are shifting rapidly towards greater acceptance of gay marriage, and would almost certainly not approve Marshall-Newman if it were put on the ballot today, the only question is how long we have to suffer with this monstrosity marring the text of George Mason’s and Thomas Jefferson’s great Virginia constitution. Unfortunately, given right-wing, homophobic Republican control of the House of Delegates (probably for the next decade given their recently-approved gerrymander/incumbent protection plan), it looks like we’re talking the mid-2020s at the earliest. By that time, if current trends continue, the amendment should be repealed overwhelmingly. But I’m not holding my breath.