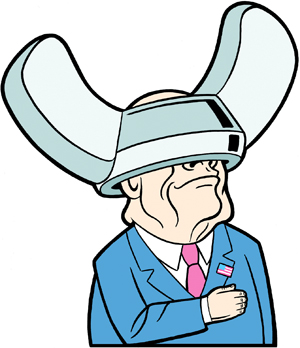 A bad sign for Republicans up for reelection in 2012 is that fact that a plurality of people who say they are Independents in many recent polls stated that the Tea Party has far too much influence in the Republican Party. The NYT/CBS poll pegged that number at 40%. That poll also revealed that most people blame the Republicans in charge of the House for the impasse over the debt ceiling.

President Obama’s approval rating in the poll was 47%, close to where it has been for most of 2011. People split evenly on whether he handled the debt ceiling fight correctly. Congress, however, dropped to an all-time low in the poll, with only 14% approving of the way it conducts itself. Republicans in Congress had an approval of just 21%, seven points lower than Democrats. When asked if incumbents in Congress deserve to be reelected, 74% said, “No.”

George “Macacawitz” Allen, who has been scrambling to get on board the Wing-Nut Tea Party Express, might want to re-think his strategy to get back to Washington.