(Thanks to Tim Kaine for posting here. – promoted by lowkell) 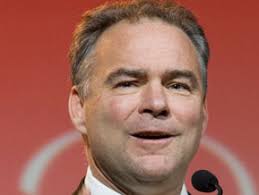 I was disappointed to read Sarah Palin’s recent comments that Northern Virginia hasn’t suffered the consequences of the recession unlike “the rest of America.”  I was Governor of Virginia during the worst years of the downturn, and I know first hand that every family and every business in our state suffered a great deal thanks to nearly a decade of economic mismanagement.  Balancing Virginia’s budget during those years required billions in cuts that impacted every corner of the state. Today, the vast majority of Virginia’s families still haven’t recovered the savings they lost and their homes haven’t regained their value.  Too many Virginians are still without jobs and businesses continue to confront economic uncertainty in the wake of the worst recession since the Great Depression.

Those families and those businesses are counting on their leaders in Washington to find common ground on solutions that will create jobs and long-term economic stability.  Instead, Sarah Palin is offering divisive rhetoric that only seeks to further polarize our country at a time when the partisanship in Washington is already at an all-time high.

Of course this is not the first time politicians have sought to sub-divide Virginia into "real" and otherwise.  I abhor anything that tries to divide our Commonwealth against itself by region or demographic category. I urge all Virginia leaders – Republicans and Democrats – to join me in rejecting Sarah Palin’s comments, which are neither truthful nor productive.