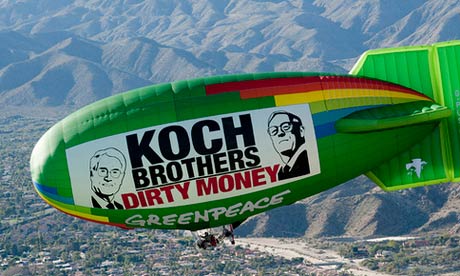 If you haven’t already heard the big news, the bi-annual Koch billionaire bonanza list of all-stars was revealed exclusively to Mother Jones via audio recording. Not surprisingly, the list is a who’s who of American billionaires who enjoy throwing millions of dollars at U.S. politicians and attempting to destroy anything with a “big government” taint on it. So now that the public has at least a partial list of this anti-regulatory, anti-middle class, group of Koch-stars, what’s to be done about it?