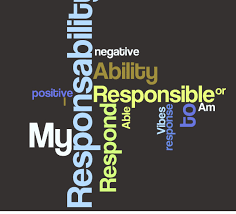 There is a curious double standard running through what passes for civil discourse in today’s political world. A common mantra from political leadership (especially the Republican Party) is that individuals must be responsible for their own condition. Hence, we are told that we should prudently save money all our lives for our health care and our retirement, and not depend on “entitlements;” that home buyers should never have bought houses they couldn’t afford, that they should never have taken out exotic mortgages which they could not pay off; that every adult must understand financing, parse the fine print in contracts for everything from telephone service to automobile insurance, and know how to make intelligent choices in modern life from i-pads to vegetables.

We must, each and every one, be smart consumers in the market, and our market choices are defined as true freedom— they tell us that nanny government distorts the market, is expensive, and interferes with freedom. When an elderly grandmother at a Republican town hall begs her Congressman not to monkey with her Social Security on which she depends, his response is, “When are you going to learn to be personally responsible?”

On the other hand, there is not a demand that institutions like banks and corporations show similar responsibility. While corporations are now officially and legally “people,” somehow the concept of personal responsibility stalls out, lost in a protective fog. The idea is that “market forces” compel institutions to certain behavior, and government interference destroys that freedom as defined above.  Regulation of, say, exotic mortgages and derivatives is castigated as heretical. Nevertheless, when the stock market goes crazy with volatility, currency markets pummel the dollar, the private sector stops hiring, or there is a sudden public outcry against raising the debt ceiling, these are described as spontaneous outbursts of popular sentiment and public opinion. Thus, banks are not lending money because “they” are afraid of a double dip recession; and reporters say “the market reacted negatively to the jobs report,” or to the debt ceiling standoff, or to the retirement of Steve Jobs from Apple.

I beg to differ. When a company does not hire, when the stock market gyrates, it is not, repeat not, the institution doing these things. It is a conversational convenience to describe it thus: “We can’t cram down mortgages to reflect the current valuation of the house because the banks will never allow it.” The reality is that individuals involved are making these decisions, not institutions. Every time a financial institution gambles in the derivatives market, an electric power company decides to build a coal-fired plant, or a company moves its factory to Malaysia, it is not market forces doing these things. It is individuals making these decisions in the name of the institution, and their personal rationale (read “excuse”) is likely to be that “market forces” and the very purpose of a corporation compel them to make a profit, and this is how to do it—- i.e., that is their perception of market forces.

Corporations do not make decisions, individuals in the corporation do. CEO’s are paid outrageous bonuses because “if we don’t pay the CEO some other company will steal him away from us.” No, the CEOs are paid outrageous bonuses because individual board members decide to do so, based on their personal perceptions that they must compete with other companies for talent (even though studies have shown that exceptionally well-paid CEO’s do not add that much value to their company, indeed, it is often quite the opposite).

Whence comes this perception? How is it that so many disparate individuals reach a consensus? There are fads in corporate management style just as much as in the fashion business. There are fads in politics as well, and in economic theory.

Group think of this nature can be, and actually is, deliberately developed by those with an agenda and the resources to promote that agenda, just like an advertising campaign selling a product, only over a much longer time frame. The most obvious example is the recent propaganda blitz creating the following constellation of opinions:

…the End of America is nigh because of reckless spending and deficit financing, mostly due to extravagant promises made by big government, which created the unsustainable social programs; the only solution is a painful but necessary austerity to shrink the government, diminish its scope, and reduce the deficit; the alternative is an even worse collapse.

This has been turned into the Conventional Wisdom, the perceived Truth and Consequences. Part of the constellation is the above-described emphasis on individual personal responsibility for the little guy’s decisions, and a reinforcement of indulgence for corporations and their decisions. It is nothing more than the dogma of a particular ideology, it is not reality. It is the perceptions of individual persons in places of power.

Most Americans regarded Congress with contempt after its dismaying performance over the past two years. The system is often referred to as dysfunctional. Here again, No, the system as designed in the Constitution is fine. It is the individuals running the system who have been dysfunctional, and deliberately so.

Now that the Department of Justice (or the top lawyer at the DOJ) sounds as if it may prosecute one or two Wall Street banksters for fraud, and the feds may also even prevent growing monopoly by halting a corporate merger or two, we can expect a vicious response from the same institutions—- that is, individuals—- demanding the usual indulgence for the institutions and their minions. It is reminiscent of the medieval sale of papal indulgences, which the wealthy and powerful secured as a matter of course, while, as always, the little guy was held to stricter behavior. It is always the individuals who are responsible, not the market, not the institutions, even when they hide behind the institutional cloak. When we finally decide to hold them to account, as they have tried to hold us to account for our personal responsibility, it is the individual people we should go after, but we have to find and label them, first.

It took the starving peasants a long time to figure out that the lords and ladies in the castle and the fat bishops in the cathedral were responsible for the misery of the lower classes, and an even longer time before they realized exactly where the high and mighty were vulnerable and reachable. Today’s high and mighty are more elusive, and maybe geographically not as accessible as those  medieval lords. The English rioters of 2011 burned and looted stores and trashed their own neighborhoods. Eventually they will find their correct target, the currently shadowy and unknown specific individuals responsible for the misery, and then the real revolution will begin—- even if they must follow the high and mighty to their offshore hideaways.

Good stuff by Fairfax County...under *Democratic* leadership (the one "no" vote was, of course, a right-wing Republican) https://bluevirginia.us/2021/10/tuesday-news-trump-files-lawsuit-to-block-release-of-jan-6-documents-just-how-disastrous-is-manchins-climate-obstruction-media-outlets-should-not-use-colin-powells-death-to-push-vac#comment-5577247524 h/t @Broder512