If you are concerned about anti-immigrant legislation, more budget cuts, less low income housing and the growing gap between the rich and the poor, come out and tell your Prince William 2011 General Assembly candidates!

Campaign season is heating up and it’s becoming harder to break through the noise and find out where the candidates really stand.

That’s why advocacy groups are hosting a Prince William County Candidate Forum at St. Paul’s United Methodist Church on Saturday, September 17. The forum will focus on the increase in poverty, budget cuts and revenue, immigration, criminal justice, housing, education and other issues that will be preeminent in the 2012 General Assembly session.

The forum is sponsored by Virginia Organizing and Social Action Linking Together (SALT) along with Virginia Coalition of Latino Organizations (VACOLAO), Virginia Citizens United for Rehabilitation of Errants (CURE) and Prince William Education Association (PWEA). 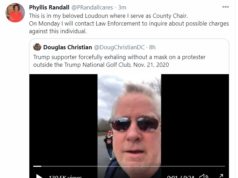