From activist Bill McKibben to actress Daryl Hannah, about 600 people have been arrested so far this week at the White House. They’re protesting a planned tar sands pipeline cutting from the Canadian border all the way down to Texas. Al Gore explains why a bipartisan coalition has come together to ask President Obama to take a stand against the proposed Keystone XL tar sands pipeline:

The leaders of the top environmental groups in the country, the Republican Governor of Nebraska, and millions of people around the country-including hundreds of people who have bravely participated in civil disobedience at the White House-all agree on one thing: President Obama should block a planned pipeline from the tar sands of Alberta to the Gulf of Mexico.

The tar sands are the dirtiest source of fuel on the planet.  As I wrote in Our Choice two years ago, gasoline made from the tar sands gives a Toyota Prius the same impact on climate as a Hummer using gasoline made from oil. This pipeline would be an enormous mistake. The answer to our climate, energy and economic challenges does not lie in burning more dirty fossil fuels – instead, we must continue to press for much more rapid development of renewable energy and energy efficient technologies and cuts in the pollution that causes global warming.

Here’s what’s most ridiculous: The Keystone XL tar sands pipeline wouldn’t cut gas prices. The company that wants to build the pipeline admits it would actually raise gas prices 15 cents a gallon in the Midwest, where it’s currently forced to dump tar sands oil at a discount. Why would President Obama even consider a pipeline that would put communities, water supplies and wildlife at risk, would lock in our oil dependence, and would raise gas prices? But with Energy Secretary Steven Chu making approving statements about the pipeline and the White House press secretary refusing to even tell President Obama about the protests, it’s fair to wonder if the fix is in for dirty tar sands.

Learn more at TarSandsAction.org, then tell President Obama to say no to dirty tar sands. 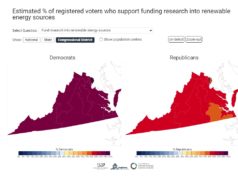