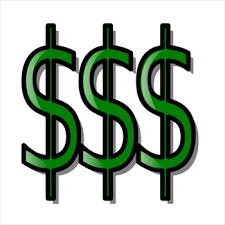 At its best, capitalism is the best of the historic economic systems.  At its best, the capitalist system renders the American Dream attainable for most Americans, even as the wealthy are well-heeled.  For some of the well-heeled, though, that isn’t enough.  For some, it’s anything goes.  At its worst, the capitalist system becomes entirely predatory, wrapping itself inside out as it ultimately devours itself.  That process is under way as I write this.  And at its worst, it is something right out of today’s news (specifically, an expose by Bloomberg News). The story about which I write is one detailing alleged exploitation, and alleged corruption by Koch Industries. There are several allegations of wrongdoing.  These are pretty amazing allegations in this article, not from a liberal blog, but from Bloomberg News! The expose is a must read here. According to Bloomberg’s Asjylyn Loder and David Evans, the Koch Brothers, are not just political meddlers and libertarian extremists, but corporate ones (extremists) as well.  They appear to be the poster children for why regulation is necessary and should be maintained, improved and re-enforced.

Like it or not, it is almost certain you indirectly support capitalism run amok with your purchases. If you have Stainmaster carpet, you feed Koch Industries. If you buy Angel Soft or Quilted Northern TP, you feed the Koch machine to the tune of about $7 a week. If you are a woman with Lycra in your clothing (It’s not just for shape-wear and swimsuits any more. Even slacks, jeans and shirts now tend to have it) you are feeding the Koch Brothers. (I plead guilty.) Would that our donations to the Tea Party were put to more productive use!!!!!  But our purchases ought to be directed more productively and profitably for our own interests and those of most Americans. (Note to self…)

But, aside from being one of the largest privately held companies in the US, Kochs’ biggest product is the “Astroturf” organizations they’ve built to launch the so-called Tea Party movement and capture the politics of America. You owe it to yourself to read up and remember the details of the Bloomberg article.  It will come in handy (over and over) as we in Virginia try to stave off a complete Tea Party takeover of the Virginia Senate. Go ahead.  Read it!  Then, ask yourselves how patriotic these so-called Tea party “patriots” really are.