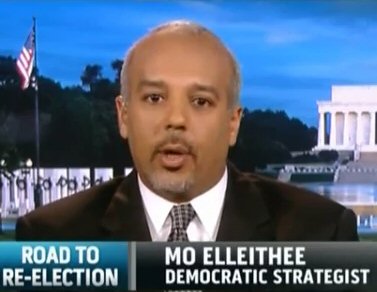 The following memo by Mo Elleithee lays out the state of the U.S. Senate race following Del. “Sideshow” Bob Marshall’s entry into the Republican primary field. In sum, heat up some popcorn and grab a comfy chair, because this is going to be fun to watch! 🙂

MEMO: STATE OF THE RACE

RE: State of the Race

Virginians turned their attention last week to the start of the General Assembly session and, yesterday, one of that body’s members made a big splash by announcing his candidacy for the U.S. Senate.  If there’s anything that’s certain about Bob Marshall’s entry into the race, it’s this – those Republican primary debates that George Allen has already agreed to just got a whole lot more interesting.

Here are three things we believe Virginians can expect with Marshall now challenging Allen as he runs for reelection to the U.S. Senate

1. Expect George Allen to pander even more to the Tea Party.

Marshall’s entry into the race confirms what political observers have been saying for months:  Despite constant pandering, George Allen has failed to capture the energy and support of the Tea Party in his bid for reelection. Allen’s failure comes despite a consistent effort to parrot the Tea Party on nearly every issue, calling himself the “original tea partier,” appearing at numerous Tea Party-sponsored events, and rolling out endorsements from a Tea Party coalition his campaign invented, only to have to walk-back some of his supposed Tea Party support. For months, Allen has bent over backward to pander to the Tea Party as he campaigns for reelection, despite his own record on fiscal issues:

*He talks about cutting spending – but as Governor, he increased state spending by 45%, and as Senator he helped turn a record surplus into a record deficit and added more than $3 trillion to the national debt.

*He talks about withholding pay from Members of Congress – but voted four times to raise his own pay in the Senate.

Now with another legitimate Tea Party candidate in the race, and with three primary debates coming up this spring, Allen will likely only step up his Tea Party rhetoric – no matter how out of sync his record is.

2. Expect George Allen to talk about some aspects of his record that he really had hoped to hide.

Despite Allen’s struggle to reconcile his record and his rhetoric, on many issues he shares an agenda with Marshall. And those are issues that Allen would just as soon not discuss in his reelection campaign. As Marshall and Allen position themselves against one another, independent and moderate voters are going to see how out of touch both men are – and it will draw an even sharper contrast between the Allen/Marshall agenda which re-litigates past battles rather than focusing, as Kaine does, on tomorrow’s challenges.

See below for just a sample of how Marshall’s candidacy will cause problems for Allen:

Marshall’s campaign will shine a spotlight on Allen’s controversial positions on issues including abortion and immigration, making it harder for Allen to appeal to independents and moderates should he win his primary.

*The Allen/Marshall Agenda Supporting Personhood Legislation Could Roll Back The Clock On Women’s Right To Privacy And Access To Contraception: Both Marshall and Allen support legislation that would define life as beginning at conception – legislation which medical experts and advocates on both sides of the issue admit could limit access to certain forms of contraception and jeopardize women’s right to privacy.  Marshall has repeatedly introduced personhood legislation in Virginia, including HB1 in the 2012 General Assembly session. Allen actually takes the ‘personhood’ issue a step further than Marshall in this campaign by supporting legislation at the federal level stating that “life begins at conception.”

*The Allen/Marshall Agenda Would Re-Litigate The Debate Over Birthright Citizenship While Doing Nothing To Actually Address Our Immigration Problems: During his 2008 Senate campaign, Marshall advocated for amending the U.S. Constitution to end birthright citizenship.  As a member of the House of Representatives, Allen introduced similar legislation to deny citizenship to children born in the U.S. to illegal immigrants.  Instead of supporting forward-looking immigration reforms that would allow the most talented immigrants to stay and work, secure our borders, and ask those who came here illegally to admit their violation and pay a penalty, Allen and Marshall want to wage a counterproductive battle that targets U.S.-born children and would do nothing to solve the problem.

Marshall’s desire to re-fight past battles will amplify Allen’s own message of fighting Washington rather than working to across the aisle to fix Washington.

*The Allen/Marshall Agenda Would Repeal The Affordable Care Act, Denying Virginians Critical Protections And Benefits While Putting Insurance Companies Back In Charge: In a press release announcing his candidacy, Marshall cited his opposition to the Affordable Care Act as a key reason why Virginians should elect him to the Senate.  Allen has promised that he will repeal the Affordable Care Act as his first act if he’s reelected to the Senate.  Instead of taking additional steps to control health care costs, as Kaine proposes, the Allen/Marshall position would reverse critical protections and benefits that Virginians now enjoy including: eliminating tax credits for more than 15,000 eligible small businesses in Virginia who provide health insurance to their employees; denying insurance coverage to more than 25,000 young adults who are eligible to stay on their parents’ insurance; stripping free preventive services for more than 1 million eligible Virginians; and allowing insurance companies to once again drop coverage for millions of Virginians with “pre-existing conditions.”

*The Allen/Marshall Agenda Actually Makes It Harder To Find Common Ground On Rebuilding Our Economy By Putting A Tea Party Pledge Ahead Of The Oath Of Office: Both Marshall and Allen have taken the Grover Norquist pledge, handcuffing them from advocating for any other solutions to address our deficit crisis other than deep spending cuts that could seriously harm Virginia’s economy, businesses, defense industry and contractors — along with Virginia’s numerous state and federal public servants. On this issue, Allen has gone farther than Marshall, bragging that the pledge is “an affirmation of everything I have always believed” and the “first document I signed” in his reelection campaign.

*The Allen/Marshall Agenda Focuses On Re-Litigating The Fight Over The Recovery Act, Rather Than Continuing Progress Toward Economic Recovery: Despite the critical role federal investment plays to help Virginia businesses, schools, state and local governments, both Allen and Marshall oppose the Recovery Act.  Allen has gone so far as to call the Recovery Act “jobless,” a claim Politifact has repeatedly debunked. Rather than recognizing the important role that federal investment, including the Recovery Act, has played in boosting Virginia’s economy, the Allen/Marshall agenda does the exact opposite and risks further damaging Virginia’s reputation as the ‘Best State for Business.’

3. Expect Tim Kaine to remain focused on getting the economy back on track and finding common ground again in Washington.

While Allen and Marshall begin a debate to out-Tea Party one another, Tim Kaine will continue to focus on sharing his record of fiscal responsibility and sound economic management with voters. In the past two weeks alone, Kaine has held business roundtables across the state — in Winchester, Blacksburg, Roanoke, Richmond and Hampton Roads — listening to the concerns of businesses owners and entrepreneurs and sharing with them his vision for rebuilding America’s “talent economy” by investing in education and workforce training.

In the coming weeks and months, expect Kaine to continue that dialogue with Virginians across the Commonwealth.