(Our deepest condolences to the Geary family on their loss. – promoted by lowkell) 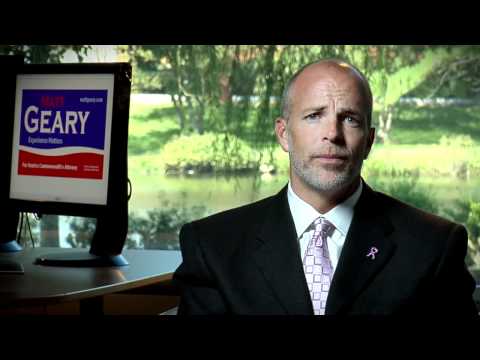 It’s a very sad day for the family of Matthew Geary. Geary, who ran for Commonwealth’s Attorney in Henrico as the Republican nominee, was not only abandoned by his party during his campaign, but was verbally beaten and bruised…a perfect example of the politics of personal destruction in which the Republican Party is so willing to participate.  We have to look no further than the current Republican Party Presidential primary between frontrunners Mitt Romney and Newt Gingrich to see just how far they are willing to go to win.

In this instance, Republicans went so far as to solicit and support an “Independent” candidate to run against their nominee, Matthew Geary. Of course, the independent was not an independent at all, but Republican Bill Janis, the long-time House of Delegates member from Henrico County.

The unusual Republican Party abandonment of Geary is leading to a wholesale cleansing of longtime Republicans from Henrico County Republican Committee rolls, including the U.S. House majority leader, Rep. Eric I. Cantor, R-7th, several members of the county executive committee, and Henrico Republicans who have contributed to Janis or openly voiced support for him.

Geary forthrightly (and IMHO, correctly) asked how Cantor could remain the Majority Leader in the House of Representatives when he had resigned from the Republican Party. The article also reported that our infamous AG Ken Cuccinelli and Lt. Governor Bill Bolling were supporting Janis, and therefore were no longer members of the Republican Party, because of Party rules requiring automatic removal for support of a candidate other than the Republican nominee.

At the same time, the Republican Party of Virginia, including Governor Bob McDonnell and Speaker of the House Bill Howell (to name just a couple) were pouring money, resources, and endorsements into the campaign of 59th HOD candidate Matthew Fariss, who had a proven record of civil and criminal litigation and convictions against him. That record included an Emergency Protective Order, in which the officer wrote “history of violence;” a drunk driving conviction; weapons violations; and a jury award of $500,000 against one of his businesses. The Republican Party was humiliating Matthew Geary, calling into question his judgment because he had an affair, while supporting at the very least a scoundrel in the person of Matthew Fariss. Hypocrites, one and all.

We will never know why Matthew Geary, perhaps flawed like all of us, but a good and decent man from all that I have read, took his life.  We cannot directly link it to the politics of personal destruction practiced by the Republican Party. I can, however, believe that the tactics used by Republicans in the Geary race were outrageous and morally reprehensible.

Matthew Geary’s wife is now without her husband, and Geary’s five children will forever be without their father. It is a sad day for Matthew Geary’s family. I hold them in my heart and can only hope for a more civil and responsible political discourse.