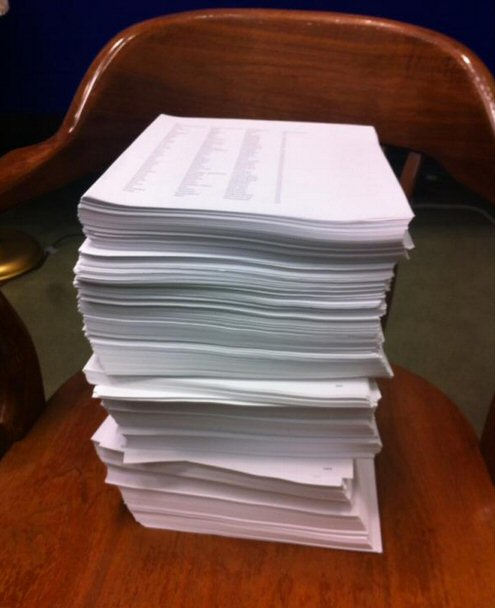 See Progress Virginia’s press release below. Great work, guys, now if only the Democratic establishment could figure out how to do grassroots/netroots activism.

Richmond, VA – A coalition of grassroots organizations supporting women’s health will deliver thousands of petitions Wednesday morning to Virginia lawmakers opposing bills that insert the government into women’s personal, private medical decisions. Virginians from across the Commonwealth have expressed their disappointment and outrage at bills including HB 1 (“personhood” bill), which defines a fertilized egg as a person and could outlaw abortion under all circumstances and restrict women’s access to birth control, and HB 462 and SB 484, which would force the vast majority of women seeking to terminate their pregnancies to submit to a transvaginal ultrasound whether or not she wants one.

What: Press conference and delivery of petitions to State Senators and Governor McDonnell. The total number of signatures will be announced at the press conference.

Why: Because instead of focusing on Virginians’ economic, education, and transportation priorities, conservative, anti-choice legislators are pushing an extreme agenda that seeks to restrict women’s access to safe, legal, affordable health care including birth control and criminalize reproductive health decisions. Virginians have had enough.

Elizabeth Guzman Files for Lt. Governor With More Than Twice the Required Number of Signatures https://bluevirginia.us/2021/03/monday-news-meghan-accuses-uk-royals-of-racism-bidens-giant-stimulus-to-easily-pass-house-on-tuesday-manchin-wants-to-make-filibuster-painful-to-use-gov-nor#comment-5296309918

From @JennMcClellanVA's spokesperson, re: whether anyone was "first" in filing to get on the June 8th Dem primary ballot https://bluevirginia.us/2021/03/monday-news-meghan-accuses-uk-royals-of-racism-bidens-giant-stimulus-to-easily-pass-house-on-tuesday-manchin-wants-to-make-filibuster-painful-to-use-gov-nor#comment-5296291226