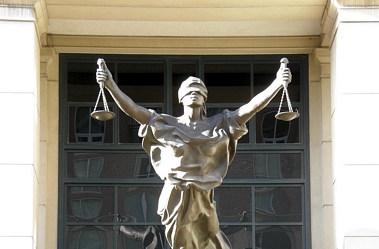 How much is 27 years wrongfully spent in prison worth? In Virginia, apparently those 27 years are worth a mere $1 million and some change.

The payment will come on the heels of legislation signed by Gov. Bob McDonnell that will award Thomas Haynesworth over $1 million after spending close to three decades in prison for sexual assaults he did not commit.

McDonnell, in his magnanimity, declared that Haynesworth’s compensation was “morally right” because of the years he lost behind bars.

In case you’re wondering, Haynesworth’s compensation comes out to be a little over $37,000 a year ($1 million divided by 27). Do you think that $37, 000 a year is appropriate compensation? The state must be assuming that each former prisoner being compensated would be little more than a manager at McDonalds on the “outside.”

Virginia has truly become the laughing stock of the country in more ways than one. Exceptional as Virginians think their state is, the only exception that Virginia seems to be playing out is to reason and fairness.

Issues of women’s rights, voting rights, gun rights, uranium mining rights, unionization rights, fair wage rights, equality rights, and appropriate compensation for the wrongfully accused have all cast a shadow over the idea of Virginia as a state squared firmly in the 21st Century.

Rather, Virginia’s “leaders” seem hell bent on moving Virginia back to the “angelic” days of Virginia’s hateful past.

$1 million for 27 years spent wrongfully in prison may have been appropriate 50 years ago. But in 2012, it only shows how backward Virginia still is.