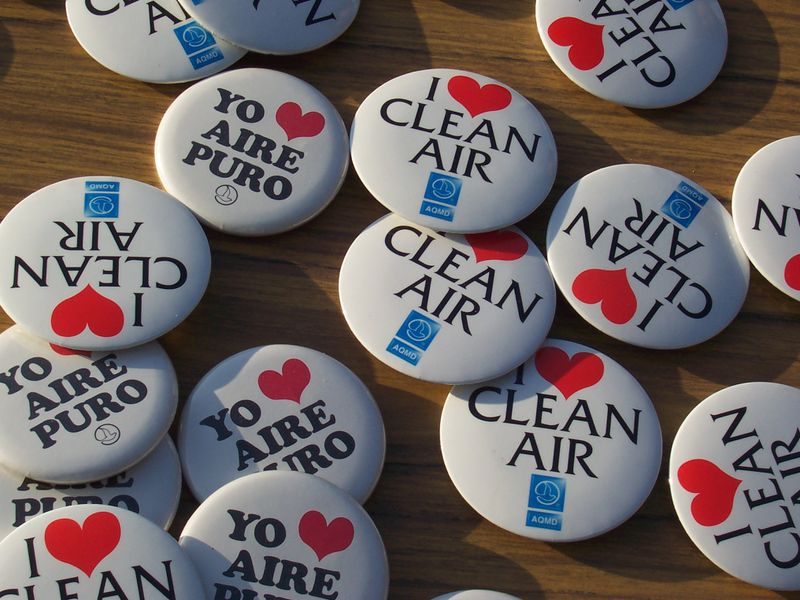 If you didn’t already know about the potential of clean energy to create jobs and clean our air in Virginia and the wider United States, you soon might thanks to a “seven-figure TV ad buy” by The National Wildlife Federation Action Fund and Earthjustice that began airing in Virginia, Ohio, and Pennsylvania on Thursday.

In Virginia, the ads will play in Richmond, Norfolk, and Roanoke.

The TV ad discusses a recent U.S. Department of Labor study which found that moving towards a green economy will both create jobs in the U.S. as well as clean up our air. The ad also seeks to raise the public’s awareness and support for the Environmental Protection Agency’s new standards for clean air to reduce industrial air pollution from our country’s power plants.

For a lot of Virginians, the benefits of clean energy remains a hard sell (hence the advertisements). Many Virginians apparently believe there is a grave conspiracy under way to clean our air and save the planet from self-induced catastrophe!

Whatever the reasons, the TV ads could not have come at a better time as environmental groups inside the commonwealth, like the Sierra Club and CCAN, have ramped up their pressure on Virginia’s utilities to move away from fossil fuels like natural gas, coal, and oil towards cleaner forms of energy like wind and solar.

There are therefore three major reasons why clean forms of energy are the only way forward for Virginia. First, from a human health perspective clean energy will clean Virginia’s air, leading to a decline in rates of illnesses such as asthma.  Secondly, clean energy will create jobs inside Virginia. And lastly, if a shift is not made towards clean energy and away from aging power plants that primarily rely on fossil fuels, ratepayers and taxpayers alike will feel a strong financial squeeze as utilities scramble to invest in “upgrades” and new pollution control technologies to comply with state and federal laws, not to mention actual power plant replacements.

So what is Virginia waiting for, let’s start our clean energy future today.