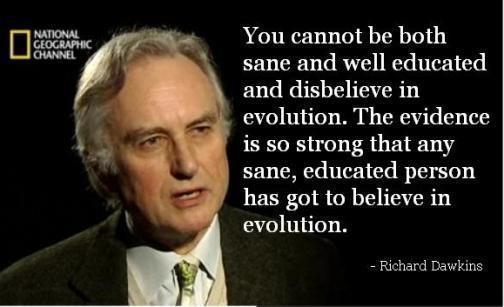 Replace the word “evolution” with “anthropogenic global warming,” and the same comment applies. One quibble with the brilliant Richard Dawkins: science isn’t a matter of “believe” or “disbelieve,” it’s a matter of observing phenomena, collecting reams of evidence, developing hypotheses – and ultimately, scientific theories – to explain the universe, the planet, etc. If you don’t understand that, you’re an ignoramus or an idiot. It has nothing to do with “belief.”